Home » The history of the Castle

Over the years, Egeskov has been owned by some of the most prominent lineages in the history of Danish nobility: Brockenhuus, Ulfeldt, Bille-Brahe and Ahlefeldt. Since 1784, Egeskov has been in the possession of the Bille family – continuing up to the Ahlefeldt-Laurvig-Bille family, which lives in the castle today.

An unfortified village manor house in the 1400s, Egeskov was transformed into a highly fortified stronghold by Frands Brockenhuus. The work was completed in 1554, and the result is one of the best-preserved moated Renaissance castles in Northern Europe today. Constructed on either side of the transition from one distinct architectural style to another, the building features elements of the sober-mindedness of the Late Gothic period, as well as dashes of the orderliness of the Renaissance age.

Frands Brockenhuus was one of the most cultured men of his time, and his position of Lieutenant in Nyborg placed him firmly among the King’s inner circle of trusted advisers. He was later raised to the rank of Marshall, commander of the nation’s army, and lost his life at the siege of Varberg in Sweden during the Seven-Year War (1563–70).

The fall of the house of Brockenhuus

Frands Brockenhuus left Egeskov to his son, the highly educated Laurids Brockenhuus, who, like his father, served his country both in war and as Lieutenant in Nyborg. However, Laurids Brockenhuus is better remembered in history for his cruel treatment of his daughter, Rigborg. He had her locked in a room in Egeskov when he discovered that while in service to the Queen of Denmark at the court of King Christian IV, she had become pregnant outside wedlock with Lieutenant Frederik Rosenkrantz.

Laurids’ widow, Karen Skram, handed the estate on to her daughter’s husband, Hans Pogwisch. He then swapped Egeskov for an estate on the island of Lolland in 1615, at which point Egeskov passed into the hands of brothers Jakob and Frands Ulfeldt. The Ulfeldt clan was one of the most important families of nobles in Denmark in the 1600s. Notable figures from the family include Chancellor Jakob Ulfeldt and his son Corfitz Ulfeldt, who was later tried and found guilty of treason.

The Ulfeldt family owned Egeskov until 1648, when it passed on to Oluf Parsberg, a member of the Danish Rigsråd (National Council). He then deeded the estate to Otte Krag – who later became a member of the Danish Rigsråd himself – in 1656. Otte Krag, who functioned as the spokesman for the nobility at the assembly of the Estates of the Realm on the introduction of absolutism in 1600, expanded Egeskov Estate. Egeskov remained in the possession of the Krag family for three generations, but in 1784 it was sold to Henrik Bille – Prefect and Privy Councillor – who thus became the first link in the family chain leading to the current count.

The Bille family at Egeskov

Henrik Bille was one of the most prominent public officials of his age. When he took over the entailed estate of Hvedholm in 1788, he petitioned successfully to adopt the name “Bille-Brahe”. The following year he was succeeded by his son, Preben Bille-Brahe, who was one of the largest landowners in Denmark. He went on to establish Brahesminde Estate in 1798.

Egeskov remained in the possession of the Bille family until 1882, when it passed into the hands of Countess Camille Jessie Bille-Brahe and her husband, Count Julius Ludvig Ahlefeldt-Laurvig. In 1883, they adopted the name Ahlefeldt-Laurvig-Bille, thus officially marking the end of the Bille-Brahe era at Egeskov. Count Julius conducted numerous renovations to both the main residence and the farm buildings, and improved the farming operation itself. The castle remains in the possession of the Ahlefeldt-Laurvig-Bille family to this day.

Count Gregers and Countess Nonni opened Egeskov’s gardens to the public in the 1960s. Their son, Count Claus, then established the Classics Museum in 1968, simultaneously opening the doors of the castle to the general public.

Egeskov is one of the largest and internationally best-known attractions in Denmark, and remains home to the count and his family. 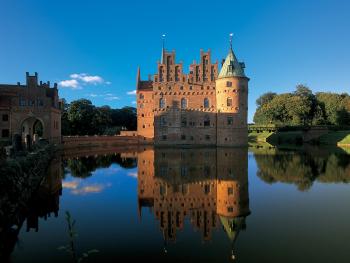 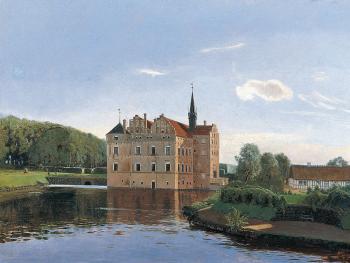 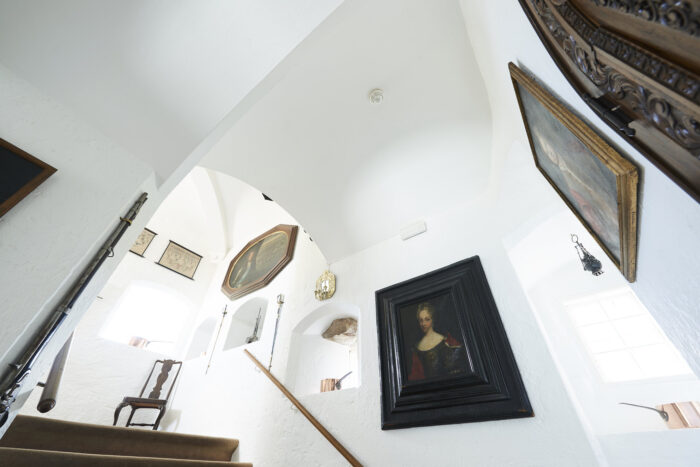 What the titles mean

A lieutenant is an administrator of a fief, appointed by the king, duke, bishop, etc. who holds suzerainty over the fief. In Denmark-Norway, the designation of lieutenant was replaced by the position of prefect in 1662.

Count is the designation of the highest rank of nobility in Denmark. The rank was introduced in 1671 through a decree on the creation of counties and baronies. A count is a noble who was awarded his title by the Danish king or queen.

Marshall was the third-most important public office of its age. It was the title awarded to the supreme commander of the Danish army from the early 1200s until the introduction of absolutism.

Member of the Danish Rigsråd

This was a title awarded to the men who were members of the assembly of nobles known as the Rigsråd (National Council).

A chancellor was a member of the clergy or the nobility who appeared as a witness at court proceedings and defended the Seal of the Court (attesting to the legitimacy of the king’s commands).

A land commissioner was a public official elected by and from among the Danish nobility (1638–58) to administrate a part of the tax revenues.

Privy councillor was an official designation for the king’s closest and most distinguished advisers outside the Rigsråd council. In the period 1670–1770, it was the title awarded to the members of the Privy Council. In the period 1770–1808, it was an honorary title, conveying a first class rank and entitling the holder to be called “Excellency”.

Councillor of State was a Danish and Norwegian title awarded by the king until 1909. It conveyed a third-class rank and thus carried the right to have one’s daughters join religious orders such as Gisselfeld Convent for Maidens of Noble Birth or Vemmetoft Convent.

Captain of horse is a military rank awarded to officers in the cavalry of the armed forces of Germany and Austria-Hungary, and in Scandinavia