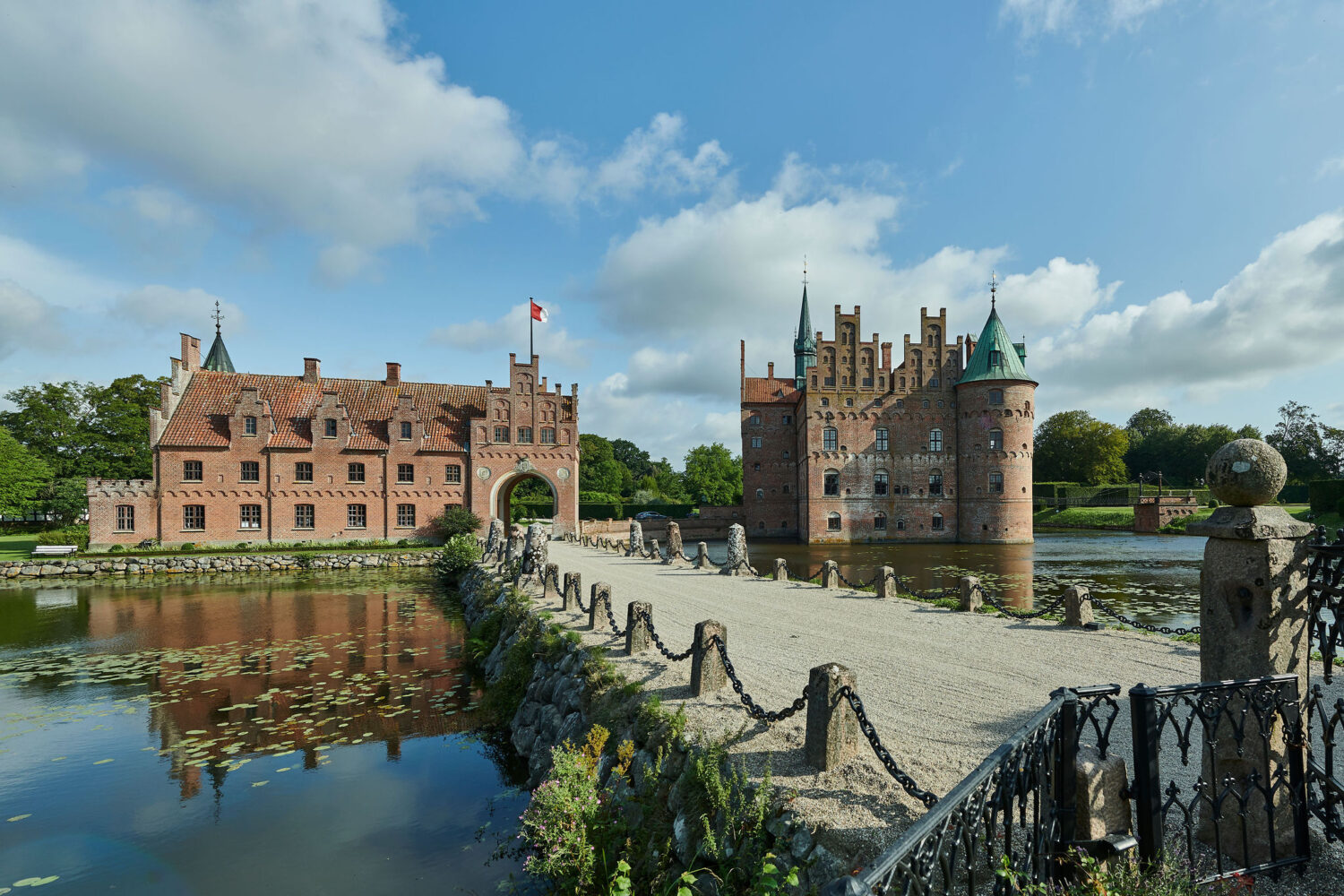 There are all kinds of exhibitions to explore in Egeskov Castle.

Experience Titania’s Palace, the most magical dolls’ house in the world, built by the British army officer and painter Sir Nevile Wilkinson. The palace contains no fewer than 3,000 unique objects, including numerous little cultural treasures collected from all parts of the world. When Titania’s Palace was presented to the public for the first time in 1922, Queen Mary of England was one of the invited guests.

Every year, visitors to the attraction at the castle make donations to help children in need all over the world.

Titania’s Palace is owned by the Kirk Kristiansen family and the LEGO Foundation, who have kindly loaned it to Egeskov.

At some point in the 1860s, Hans Christian Andersen designed a little dress-up doll, which he named Augusta Snorifass. You can see the small paper doll and her impressive wardrobe in a special exhibition hosted in the Jomfru Rigborg room. Hans Christian Andersen, the world-famous poet and fairy-tale author was born in Odense in 1805. One of his favourite pastimes was to make small, intricate paper cuttings while enchanting groups of children with stories about the imaginative beings his scissors were shaping.

Visit the Loft to see a magnificent collection of historical toys.

Egeskov housekeeping then and now

The exhibition entitled “Egeskov housekeeping then and now” is an authentic revelation, demonstrating how cleaning was a much more physically demanding occupation in the olden days. For example, the floor brush that the housemaids used weighs fully 15 kg. You can see all kinds of householding equipment used in Egeskov, from kitchens utensils to cleaning implements.

The Wooden Man lies peacefully beneath the tower spire. Legend has it that if he is moved from his place on the pillow, Egeskov will sink into its moat on Christmas Night. It is said that on account of this prophecy, previous families of owners refused to celebrate Christmas at the castle. The current Count, however, always sets a bowl of rice pudding out for The Wooden Man, while he and his family safely celebrate Christmas in the decorated rooms below. 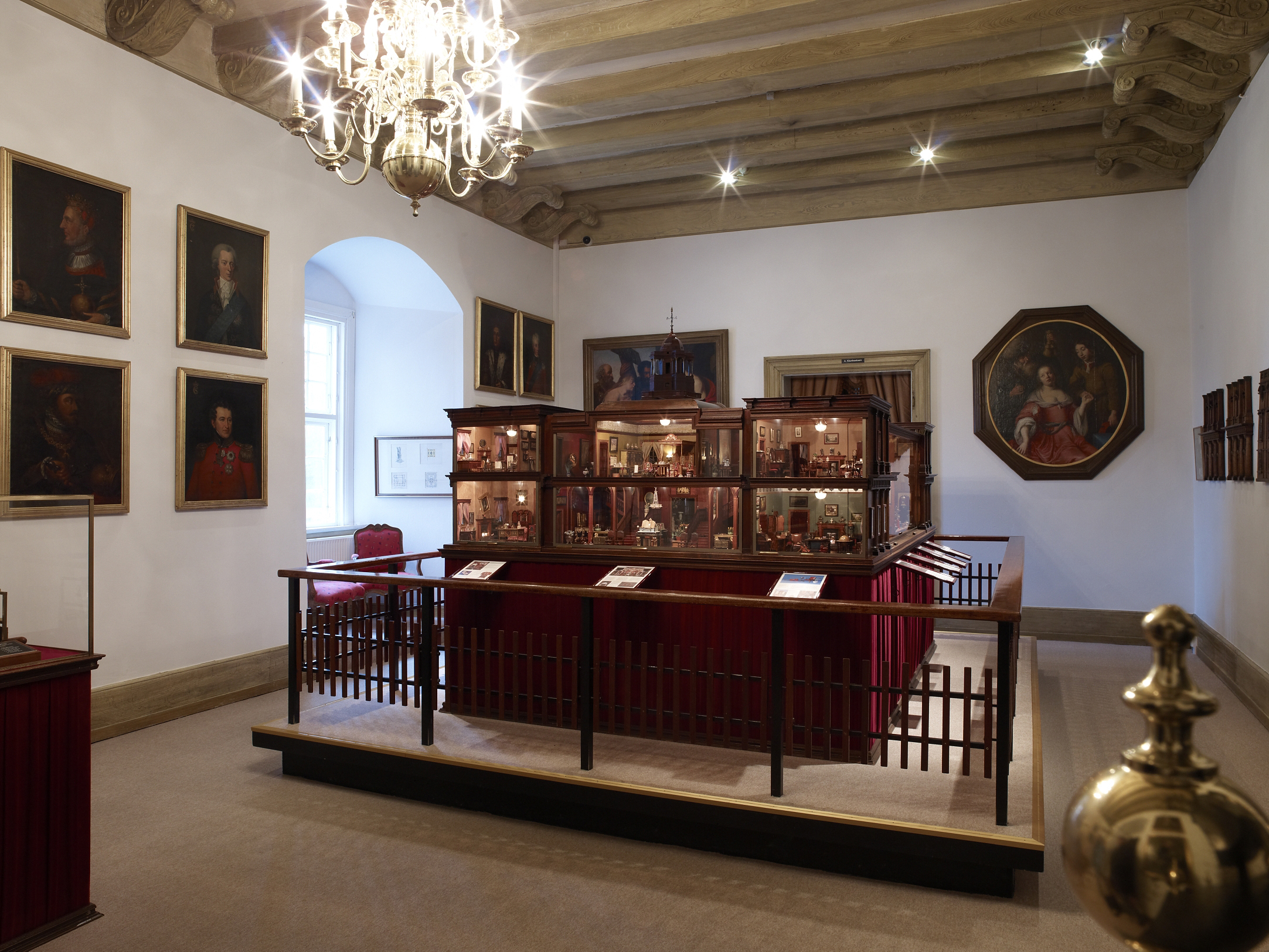 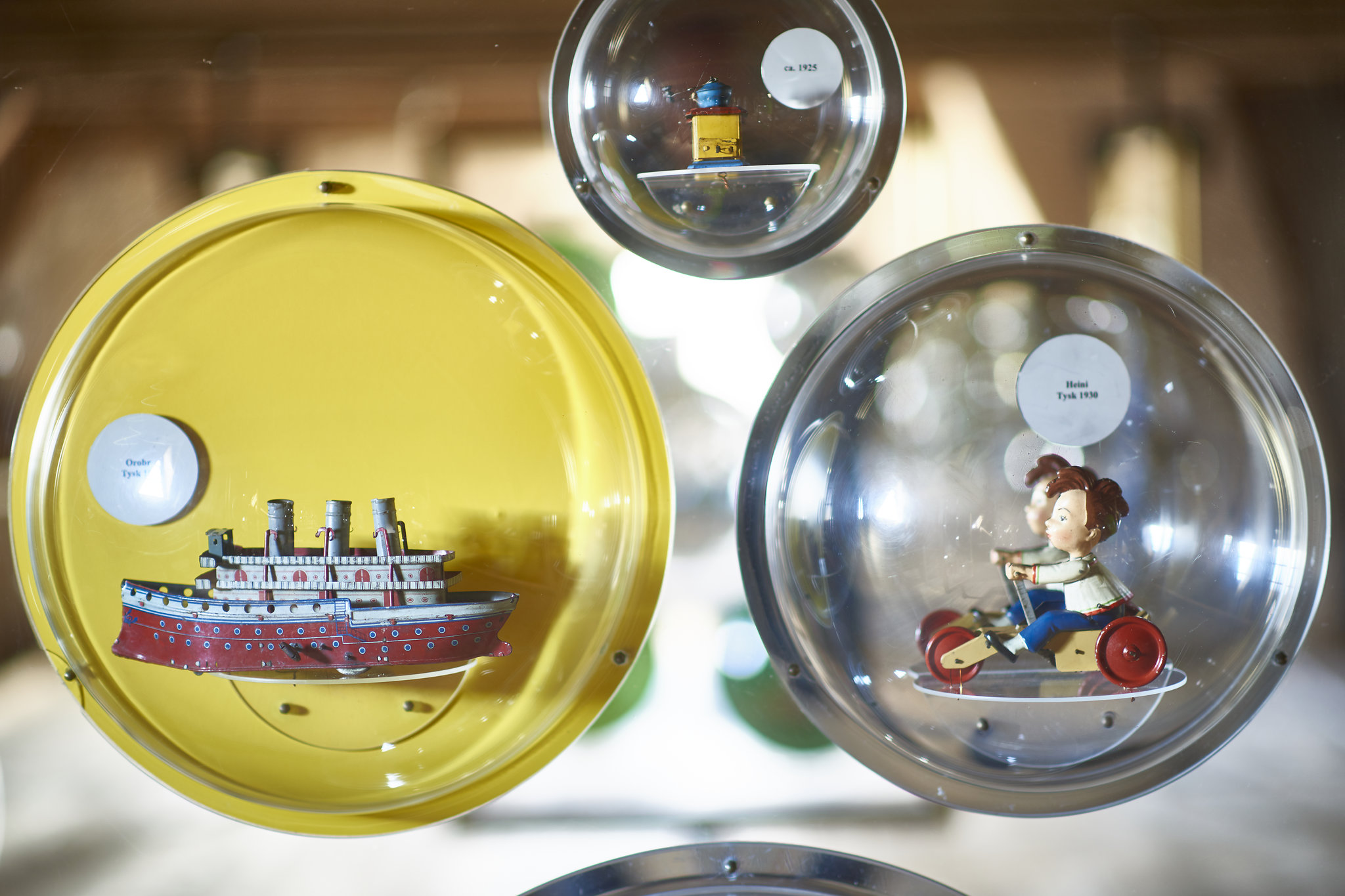