At Egeskov, you have the chance to see the most magnificent dolls’ house in the world: Titania’s Palace. The little palace was built by the British army officer and painter Sir Nevile Wilkinson. Take a look at any of the numerous delightful rooms in the palace and it will quickly become clear how much love and imagination was poured into each little detail.

Titania’s Palace was presented to the public for the first time in 1922, and no lesser personage than Queen Mary of England was one of the invited guests. At that time, Sir Nevile had devoted more than 15 years to completing the palace, and had received a good deal of help with both the construction and the furnishing. Everyone from Irish craftsmen to members of noble and even royal families had contributed work and/or furnishings for the magnificent little palace.

The palace is home to Titania, Queen of the Fairies, her husband – Oberon, the Prince Consort – and their seven children. It is said that the dolls’ house is an exact copy of Queen Titania’s own underground palace in Dublin, Ireland, and according to Sir Nevile, Titania herself was heavily involved in its design. In fact, Titania agreed to move into Sir Nevile’s copy, on condition that the dolls’ house contribute to helping children in need. This is because a Fairy Queen is not allowed to help people directly. So if you suddenly feel an urge to help other people around you, it may well be that Titania is sending you subliminal messages through her palace.

Cultural gems from around the world in miniature

The palace contains a museum, a music room, children’s rooms, bathrooms, castle courtyards, a banqueting hall and more besides. Look closely and you will see that each room has its own theme. The rooms reflect both the fairies they are linked to, as well as different ages from history, countries and topics. The palace consists of more than 3,000 parts and objects, comprising everything from authentic Ming vases in the Banqueting Hall, to the smallest rosary in the world, which is stored in the chapel. The magnificent building gives children and adults alike the chance to slip into a dream world for a while and to become part of the fairy kingdom.

Sir Nevile built the palace with the intention of helping children in need. It was an excellent representation of what could be created on the basis of children’s wishes and imagination. So it made sense for Sir Nevile’s family to use Titania’s Palace as a focal point for collecting money for needy children everywhere. The dolls’ house has travelled all over the world, and the palace and its fairy residents are still helping children in need to this day – precisely as Queen Titania had requested.

Every year, visitors to Egeskov make donations to help needy children all over the world and we hope that you will also contribute to this worthy cause.

Titania’s Palace is the property of the LEGO Foundation which has kindly and willingly loaned it out for exhibition at Egeskov Castle. 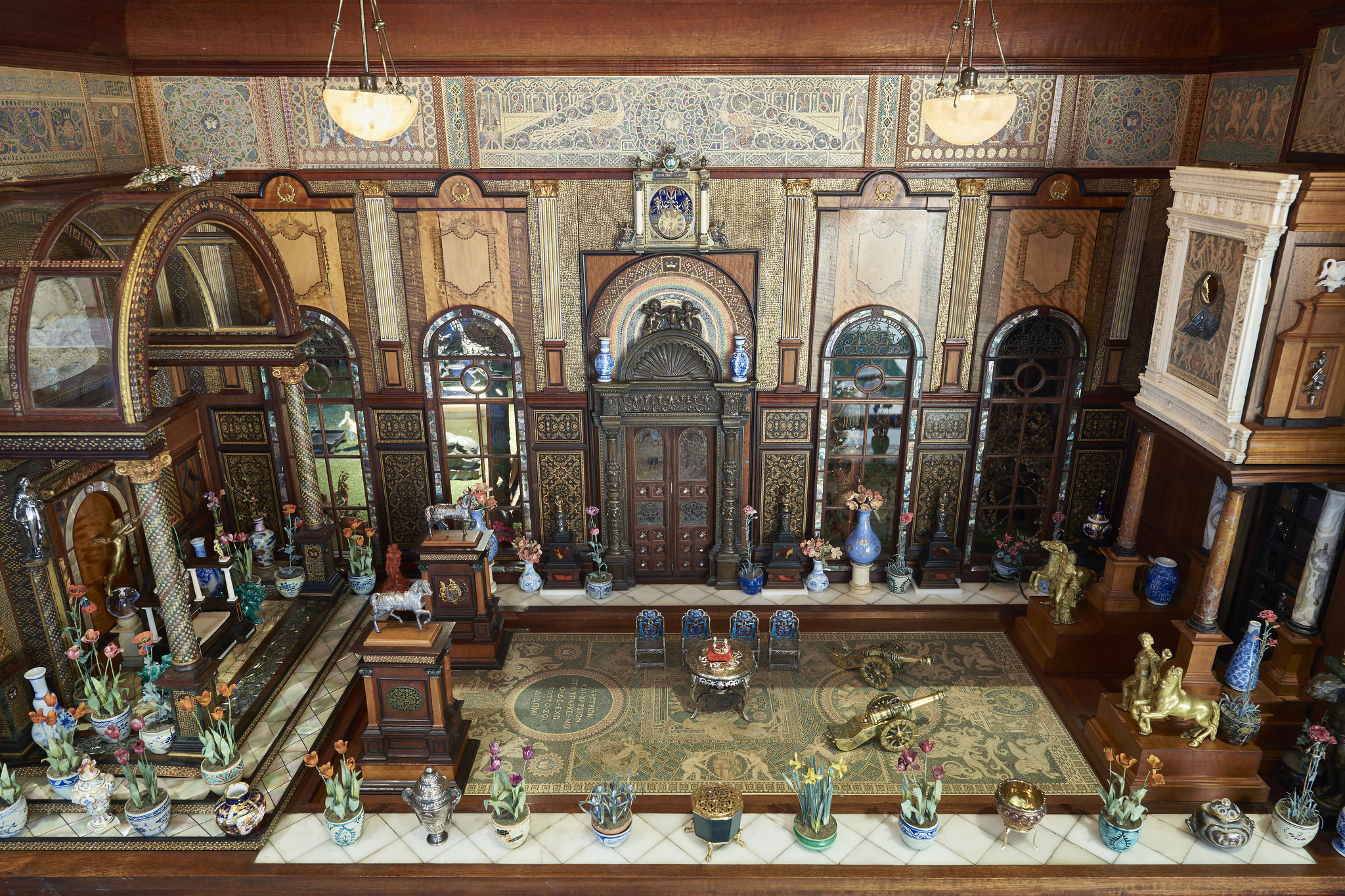 According to legend, Titania is the Queen of the Fairies and married to Oberon, the Prince Consort. The names are probably familiar to many people from William Shakespeare’s play A Midsummer Night’s Dream. 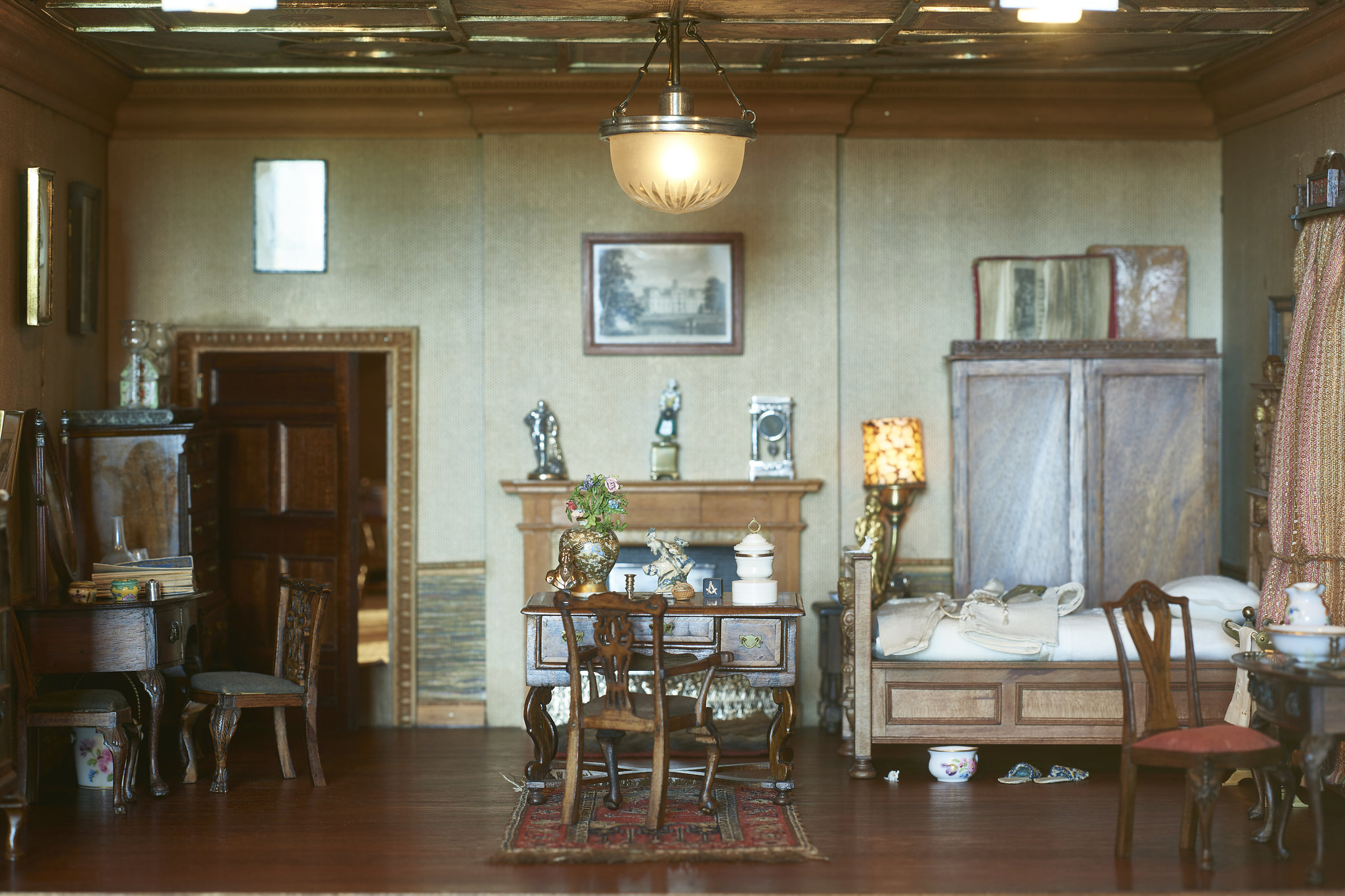 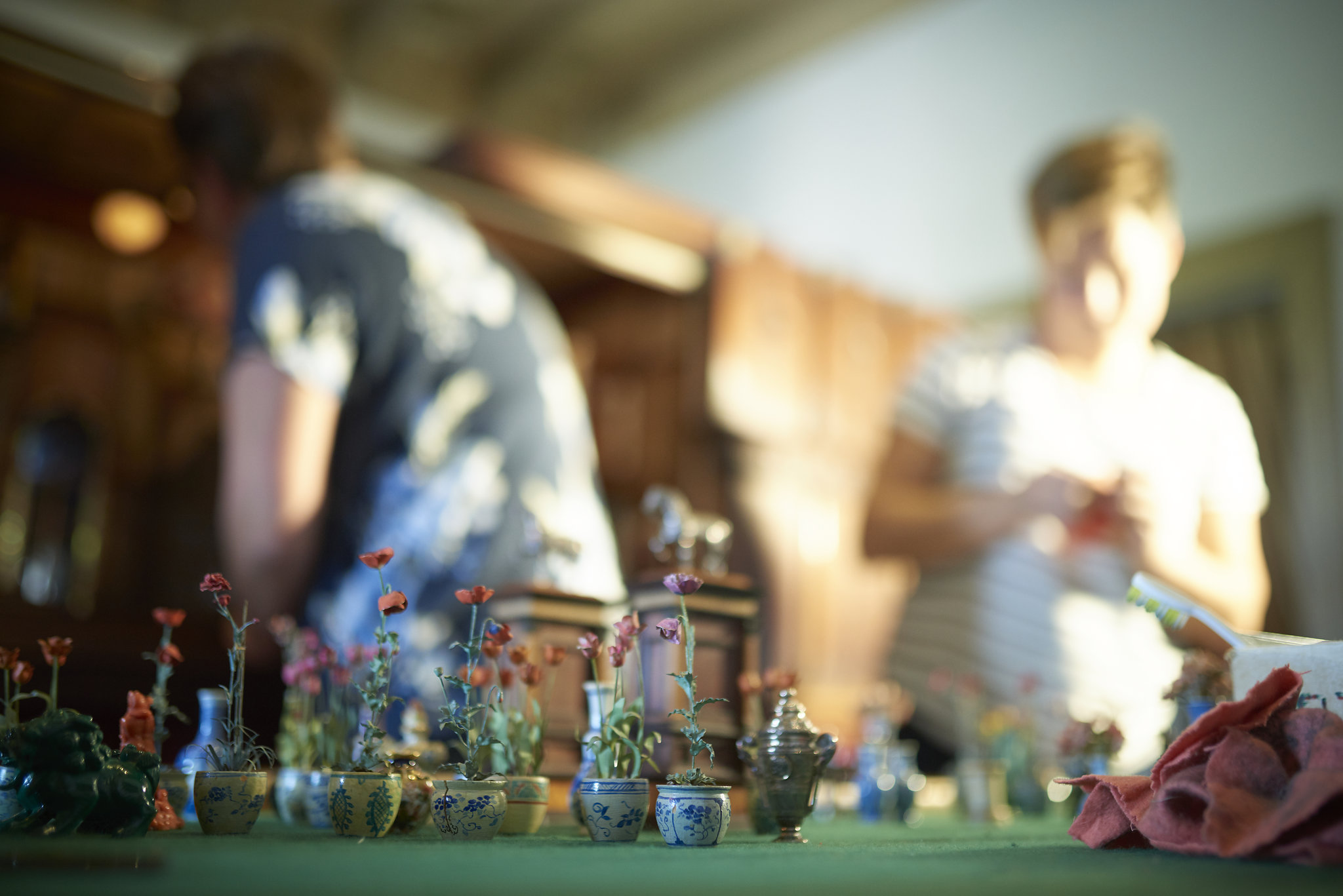 When Sir Nevile built Titania’s Palace, he made sure that it was wired for electricity – at the express request of Queen Titania herself. The numerous lights keep the building beautifully illuminated for the elves and fairies so they can lay back and relax once their guests have gone home. 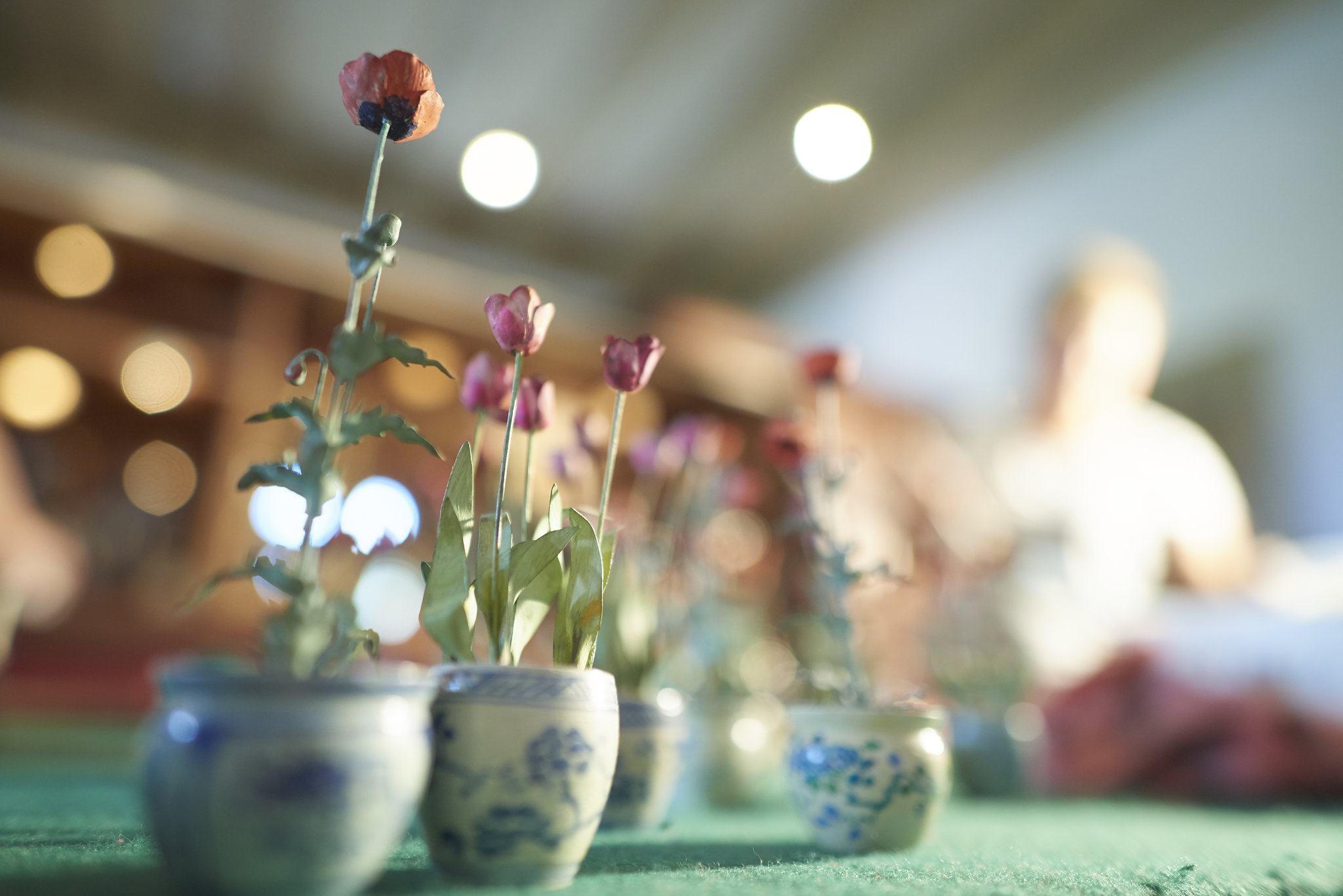 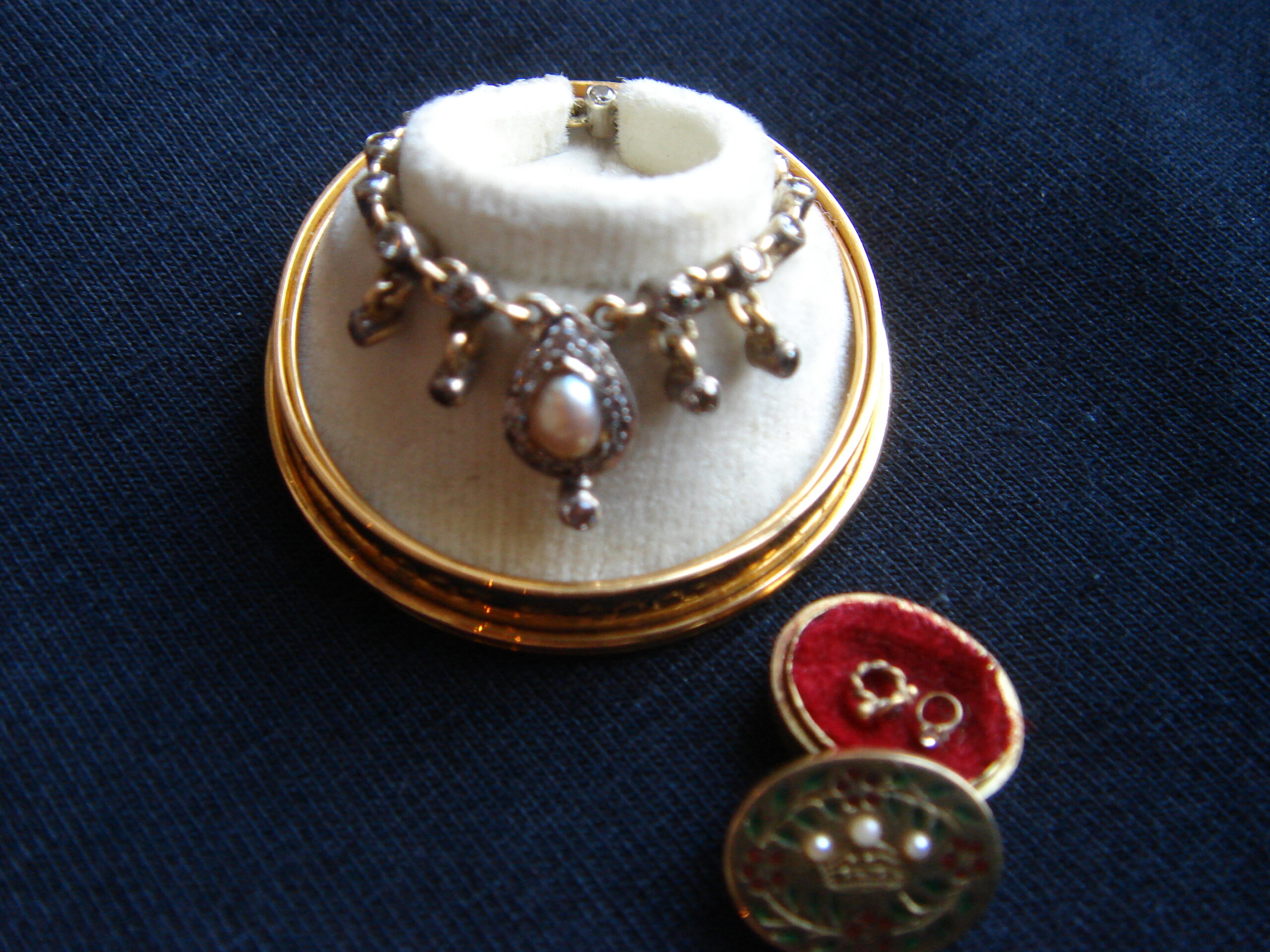 During the week leading up to Egeskov’s official opening each year, a volunteer comes in and polishes all the tiny items in the Palace. 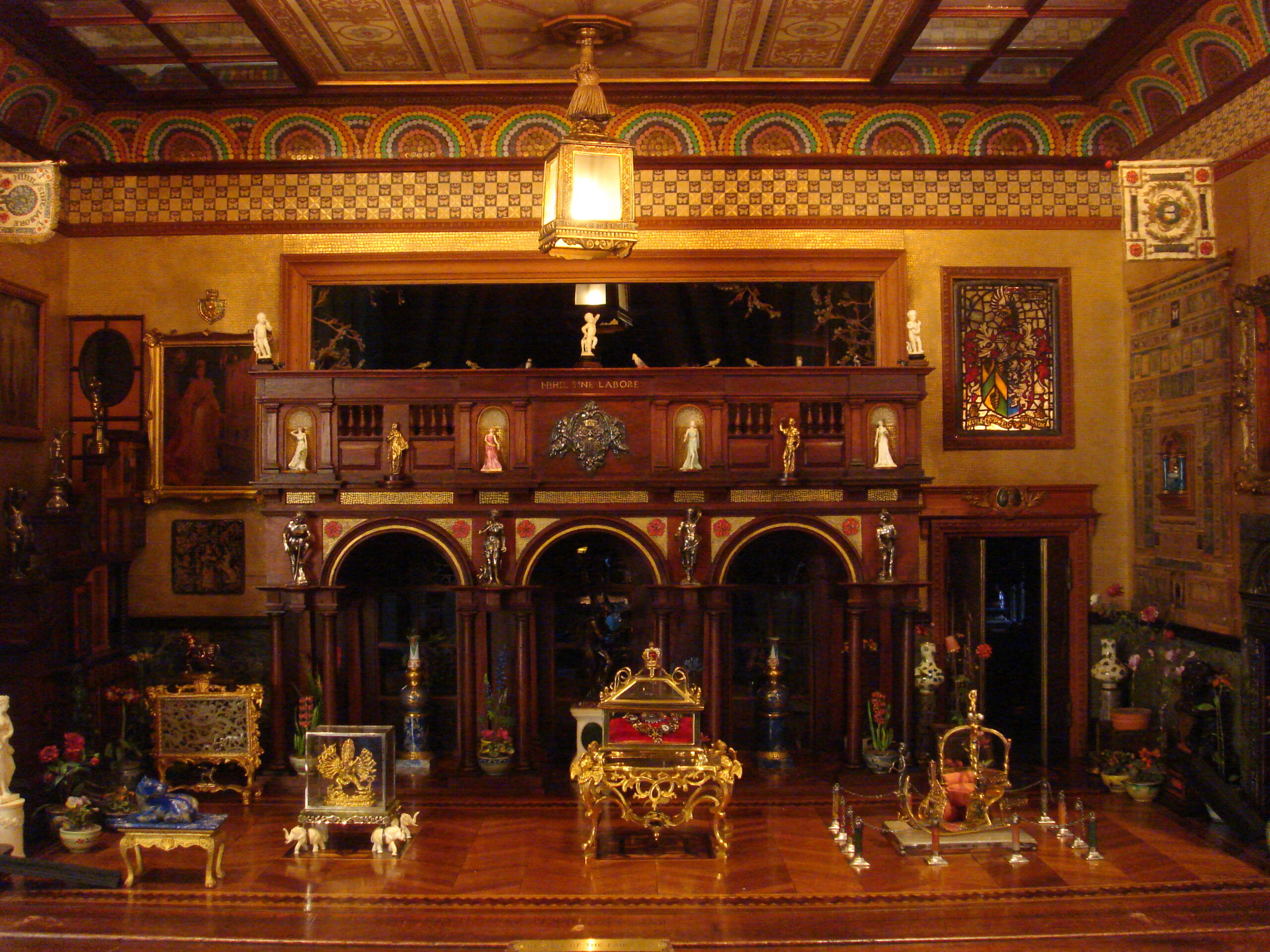 Sir Nevile was heavily inspired by tales of magic and the supernatural. If you look closely, you will spot references to Alice’s Adventures in Wonderland, Sleeping Beauty, A Midsummer Night’s Dream and many other works of fantasy. How many can you find?