Leading off from the Admiral’s Room is the Southern Tower Room. For many years, this served as Count Michael’s room when, as a young man, he visited his parents and grandparents at the castle. The room is steeped in a host of stories from the count’s formative years.

The stove in the room features the initials AL, which stand for Ahlefeldt-Laurvig. In ages past, these stoves were used to keep the residents of the castle warm. Central heating has since been installed at the castle, but the stoves remain as a reminder of how things were done in bygone years.

The room is furnished with a mix of historical and more modern and contemporary furniture. The various items provide a neat contrast to one another, demonstrating how each generation of residents makes its own mark on the castle. 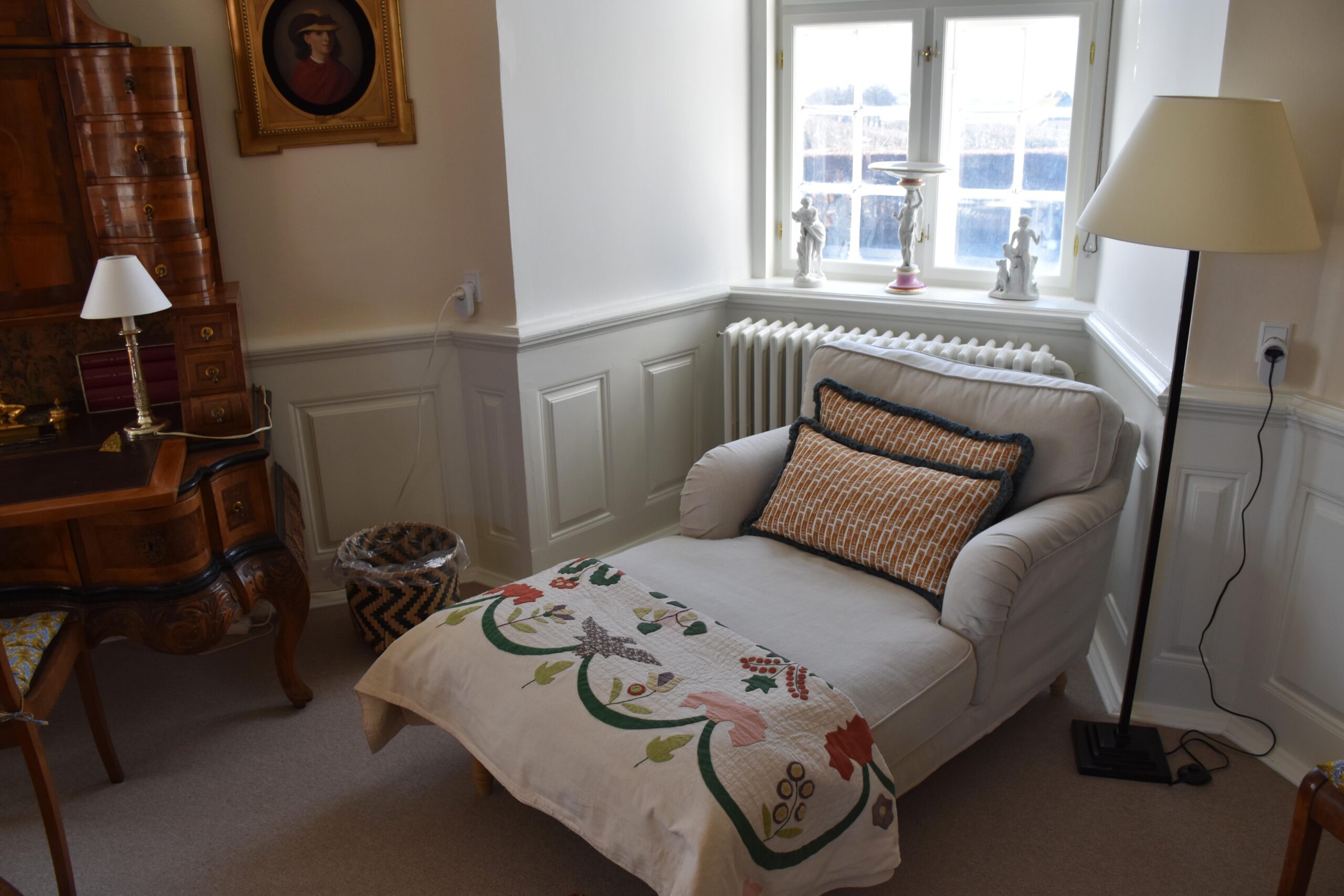 The blanket on the chaiselong was hand-made by Countess Nonni’s mother, who sewed a sweet message into it. See if you can make out what she stitched. 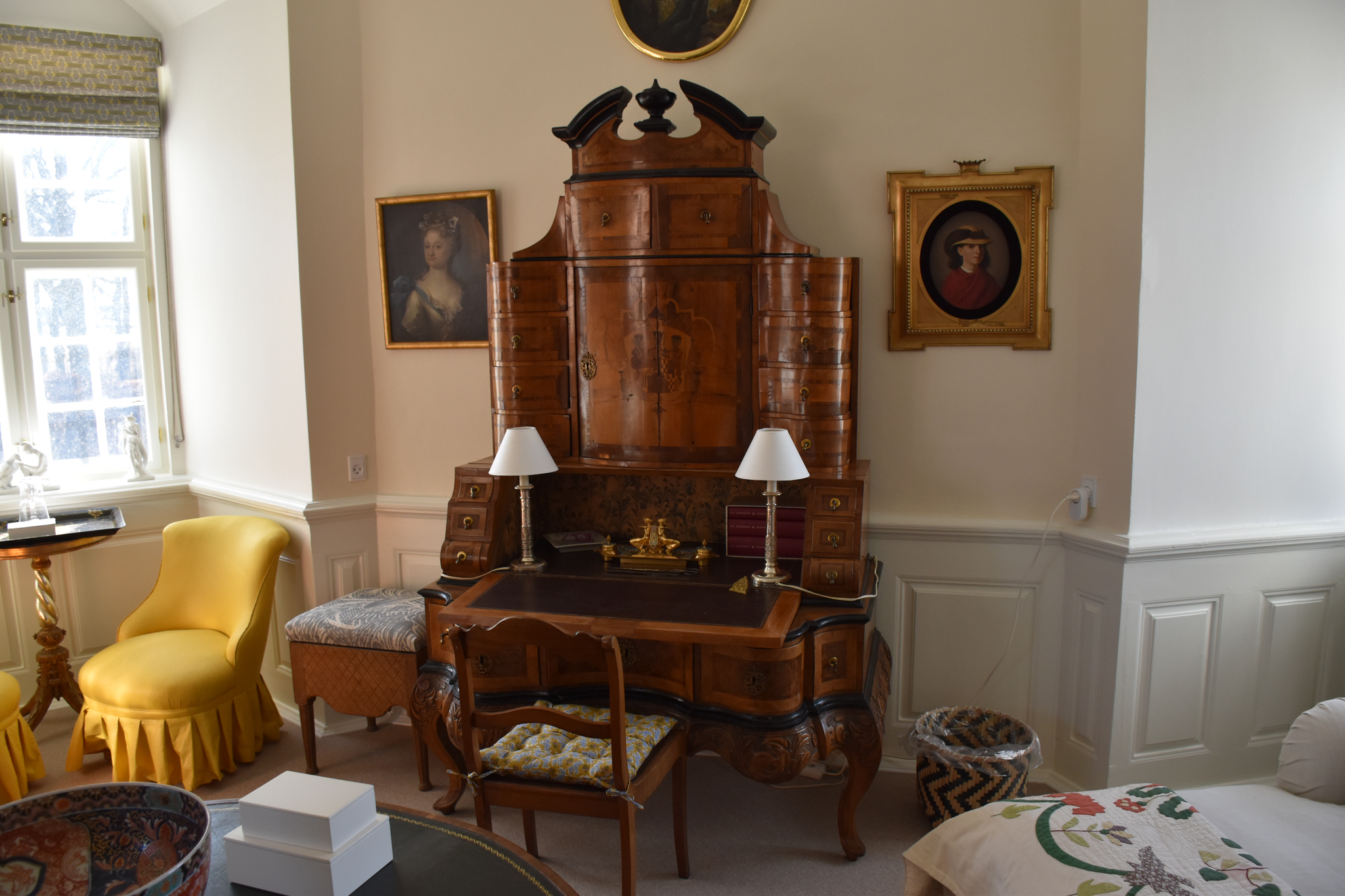 The bureau is a writing desk that was used to store pens, pencils and stationary, and provided a solid surface for writing letters. 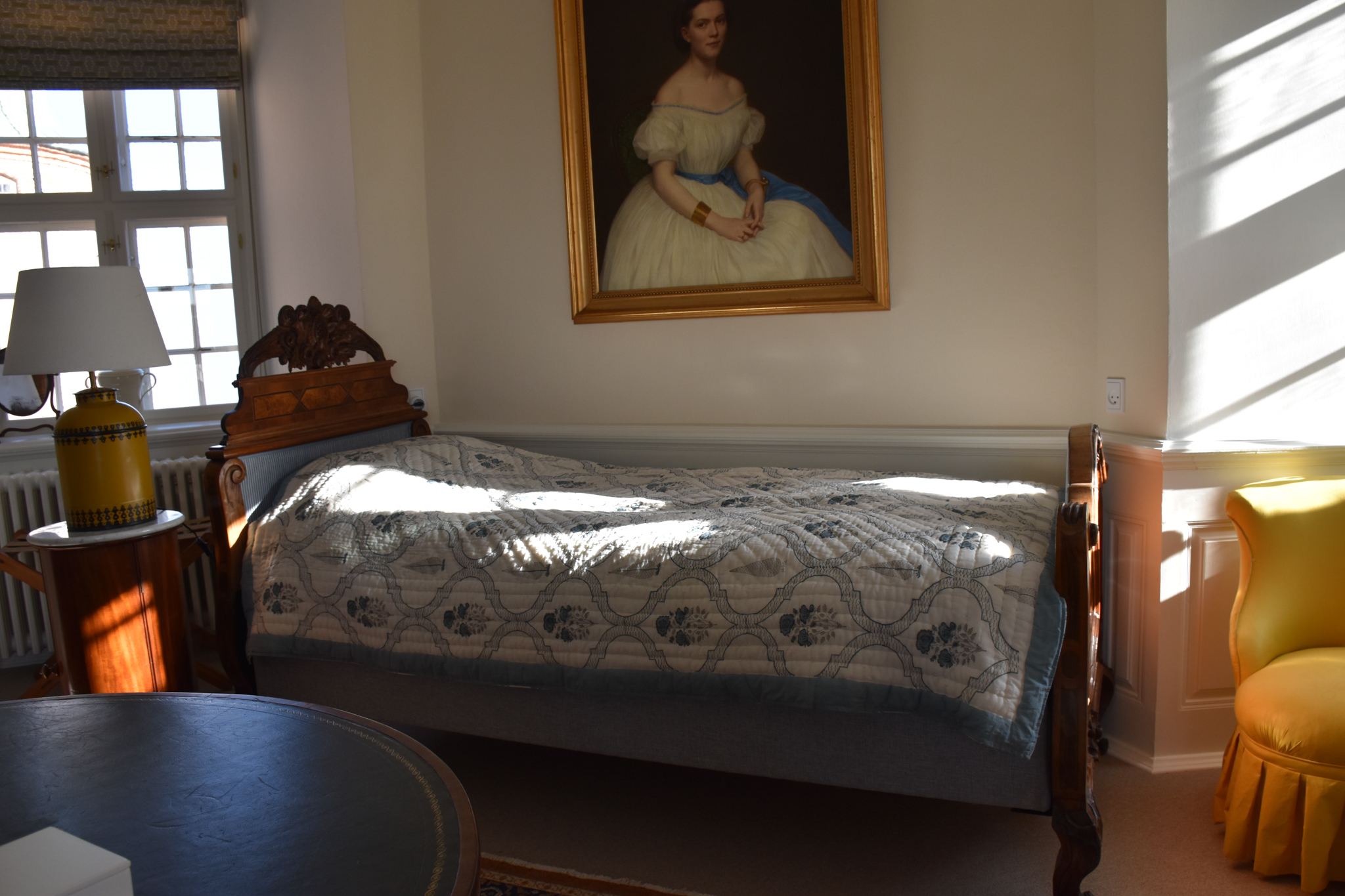 The bed is Princess Alexandra’s childhood bed. It is a fine example of French Louis XV furniture. In the same way as many of the other guest beds in the castle, this bed has been extended to enable adults to sleep in it. 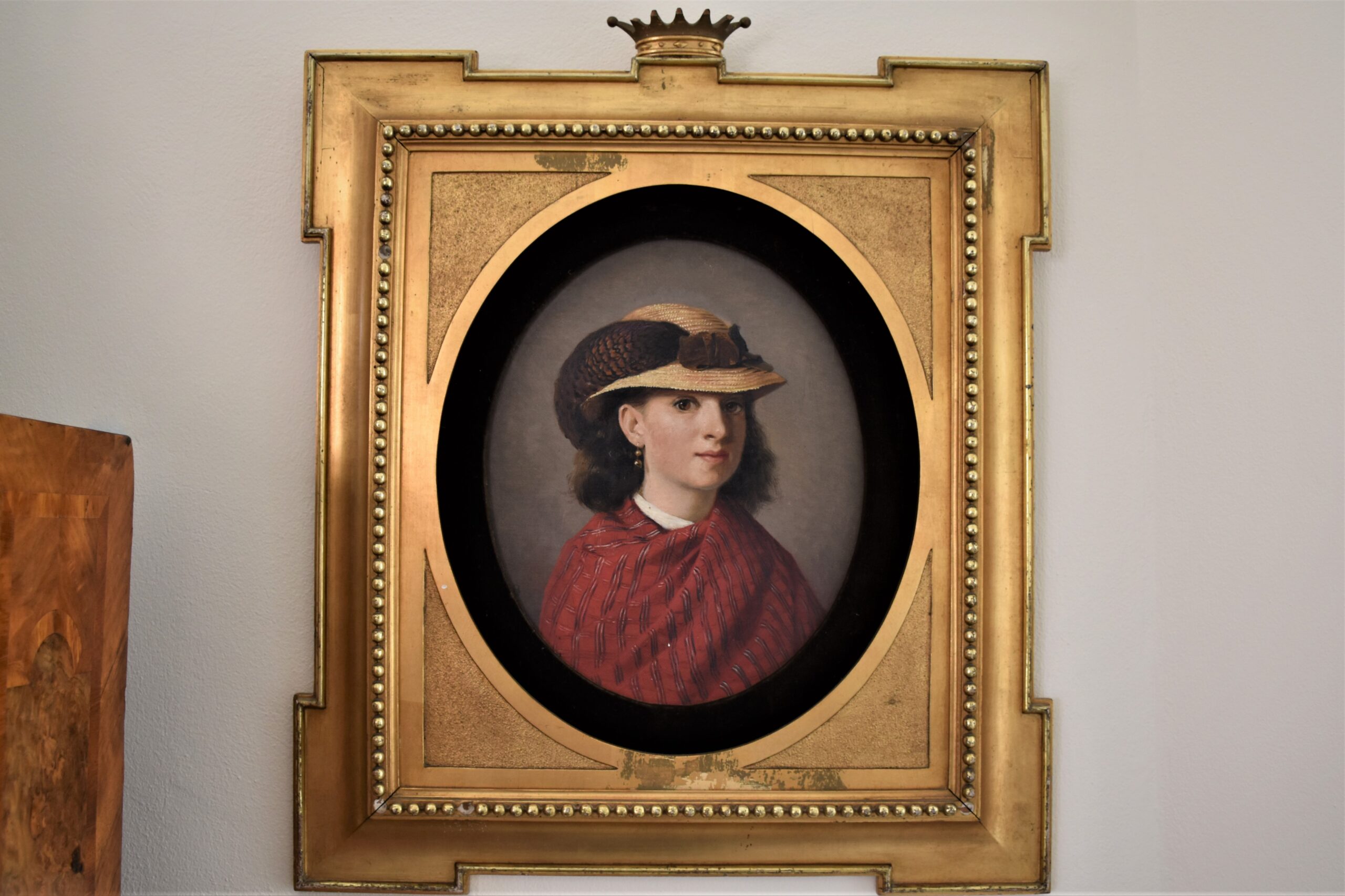 Jessie was born a baroness – as indicated by the seven points on the crown – but acceded to the title of countess following her marriage to Count Julius. If the crown had had nine points, it would have indicated a count/countess.