As you make your way up and down the steps in the stairwell tower, you cannot help but gain an impression of Egeskov as the fortress it was designed to be. The stairwell itself is built separately to the rest of the building and provides access to all storeys. You can see the embrasures from which bowmen were to defend Egeskov – an eventuality that actually never came to pass. The weapons on the walls were meant to be used if the castle was attacked.

Try to imagine the day Egeskov was built. The door you just stepped through didn’t exist. Instead, you would have stepped through a door to your left, coming from a drawbridge set at an angle of 90 degrees, designed to frustrate and complicate any attack. There was no permanent link between the castle and dry land at that time; the only access was via two drawbridges. 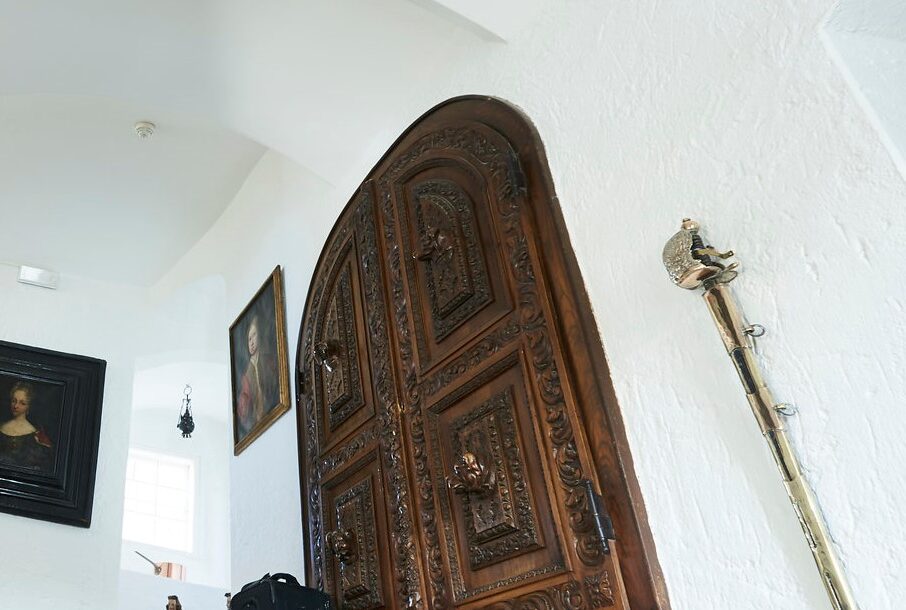 The closet here was originally a shaft running the full height of the building. It was designed for raising and lowering powder and projectiles between the different storeys if Egeskov were to come under attack. It is decorated with carved dog heads. 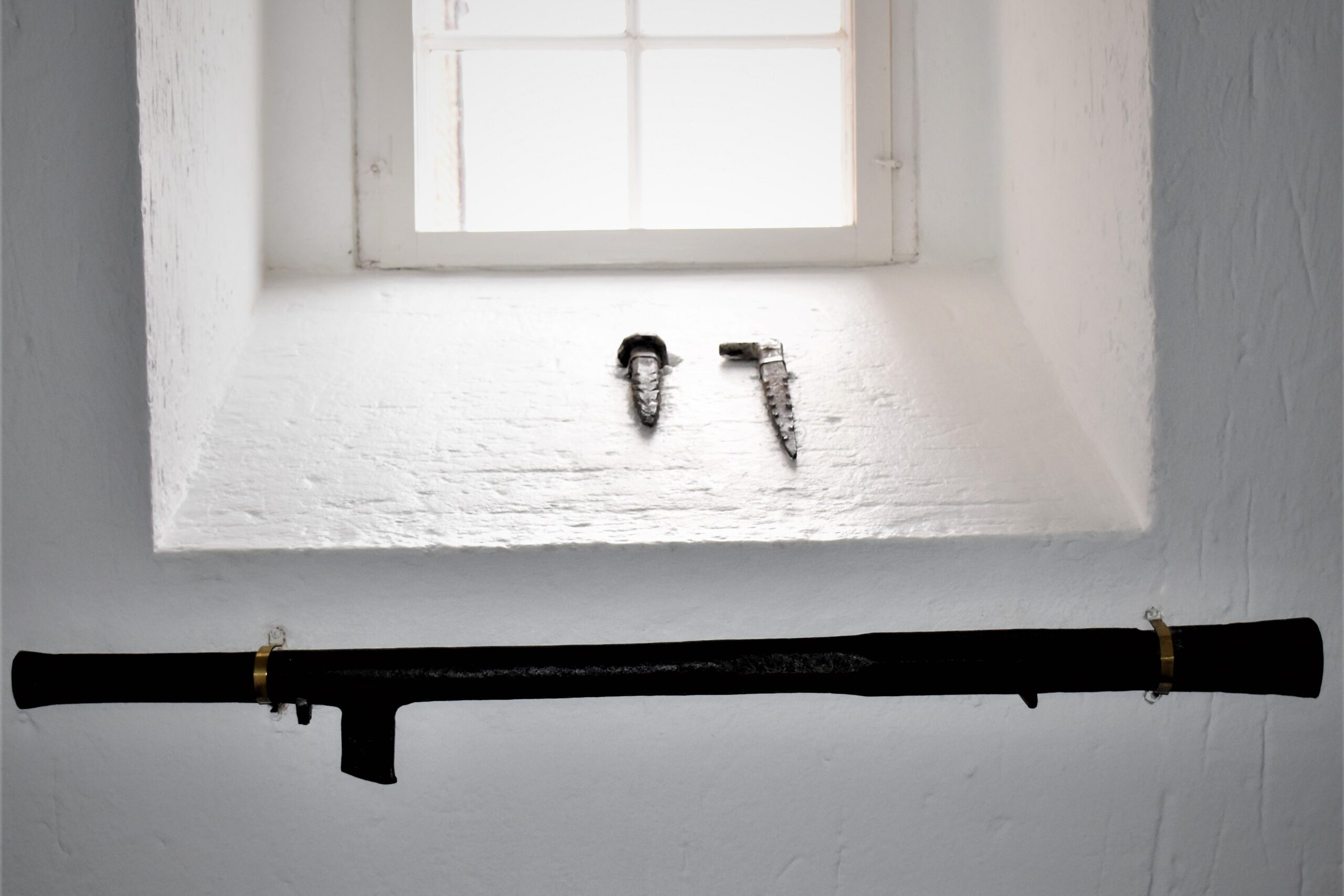 This cannon was found in the moat and is likely one of the guns intended to defend the castle back in 1554. Cannon balls have been unearthed at distances of up to 1 km from Egeskov. 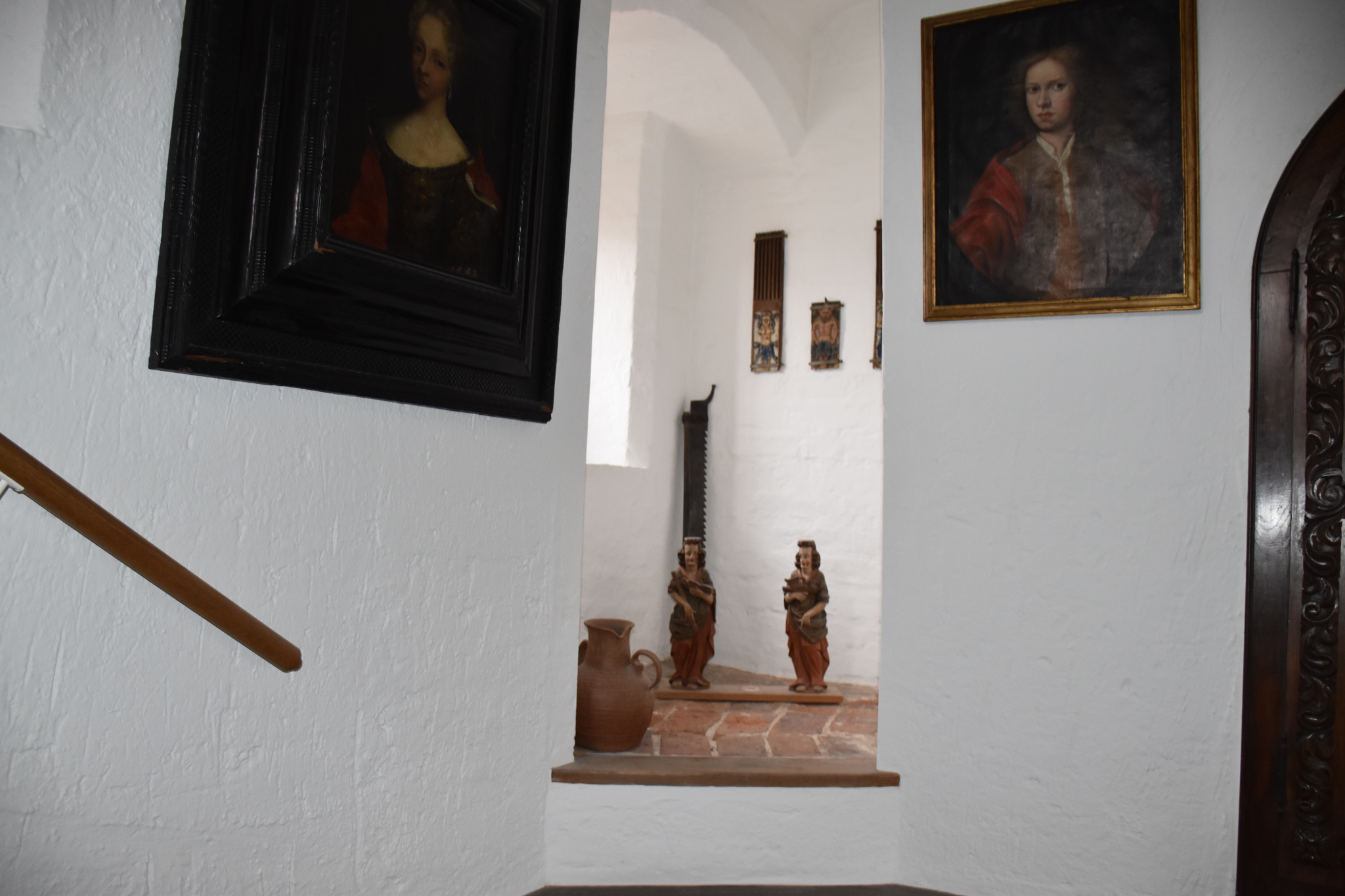 This little indentation was originally used for a guard post. A guard was placed here, ready to call “the enemy is attacking!” if Egeskov were to come under siege. 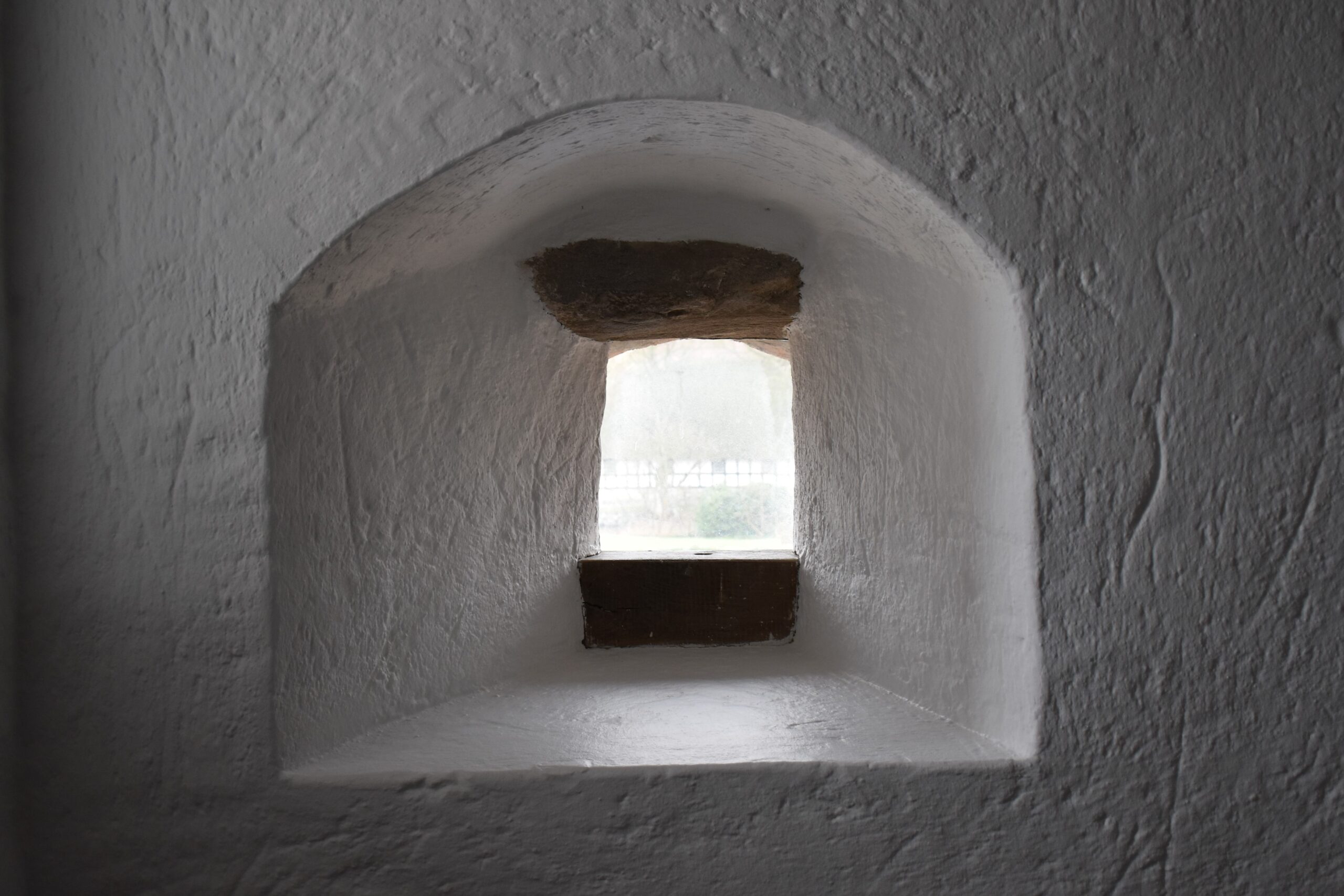 The full height of the stairwell tower is dotted with embrasures. At the base of each embrasure, there is a beam with a hole in it. The larger these holes, the larger the cannon or other weapon that could be placed there. 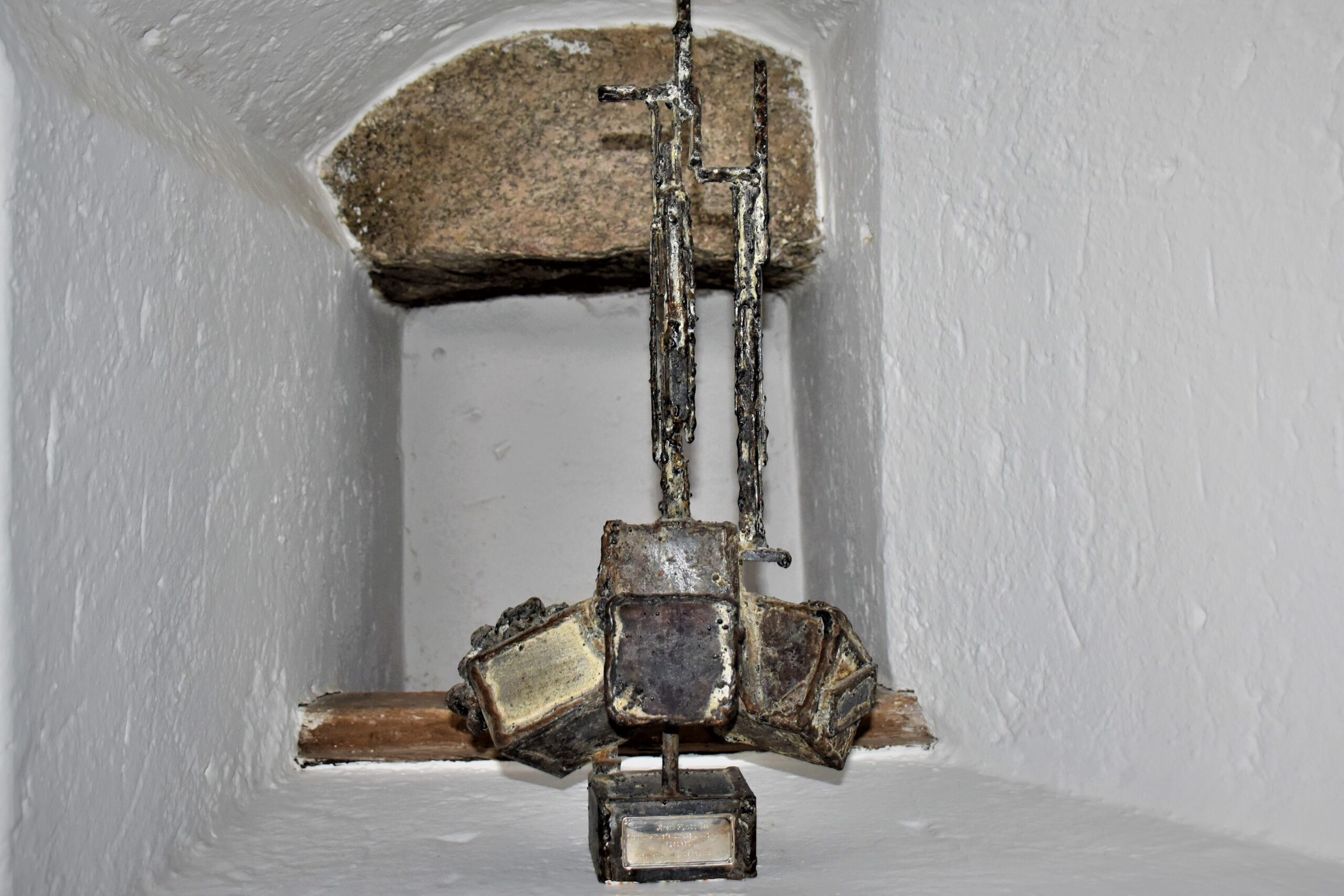 In 1982, Countess Nonni was awarded the title of Årets Fynbo (Fyn Islander of the Year). It is an award that was also presented to the current Count Michael in 2016. 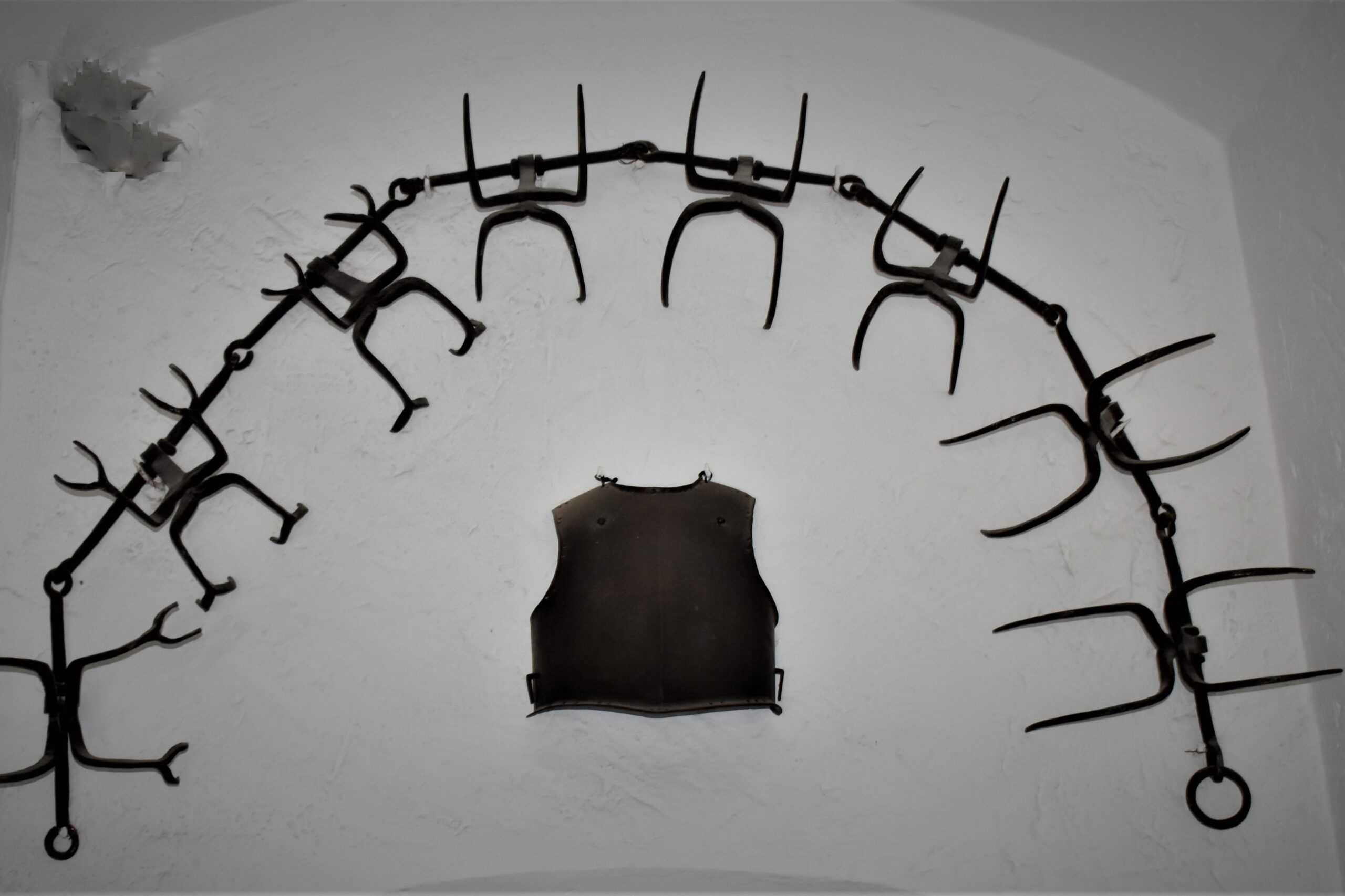 This terrible spiked iron obstacle is known as a “Cheval de Frise”. These obstacles were secured along the full length of the drive leading up to the castle. If enemy attackers approached on horseback at night, they could not see the spikes – and would almost certainly be killed or seriously injured. 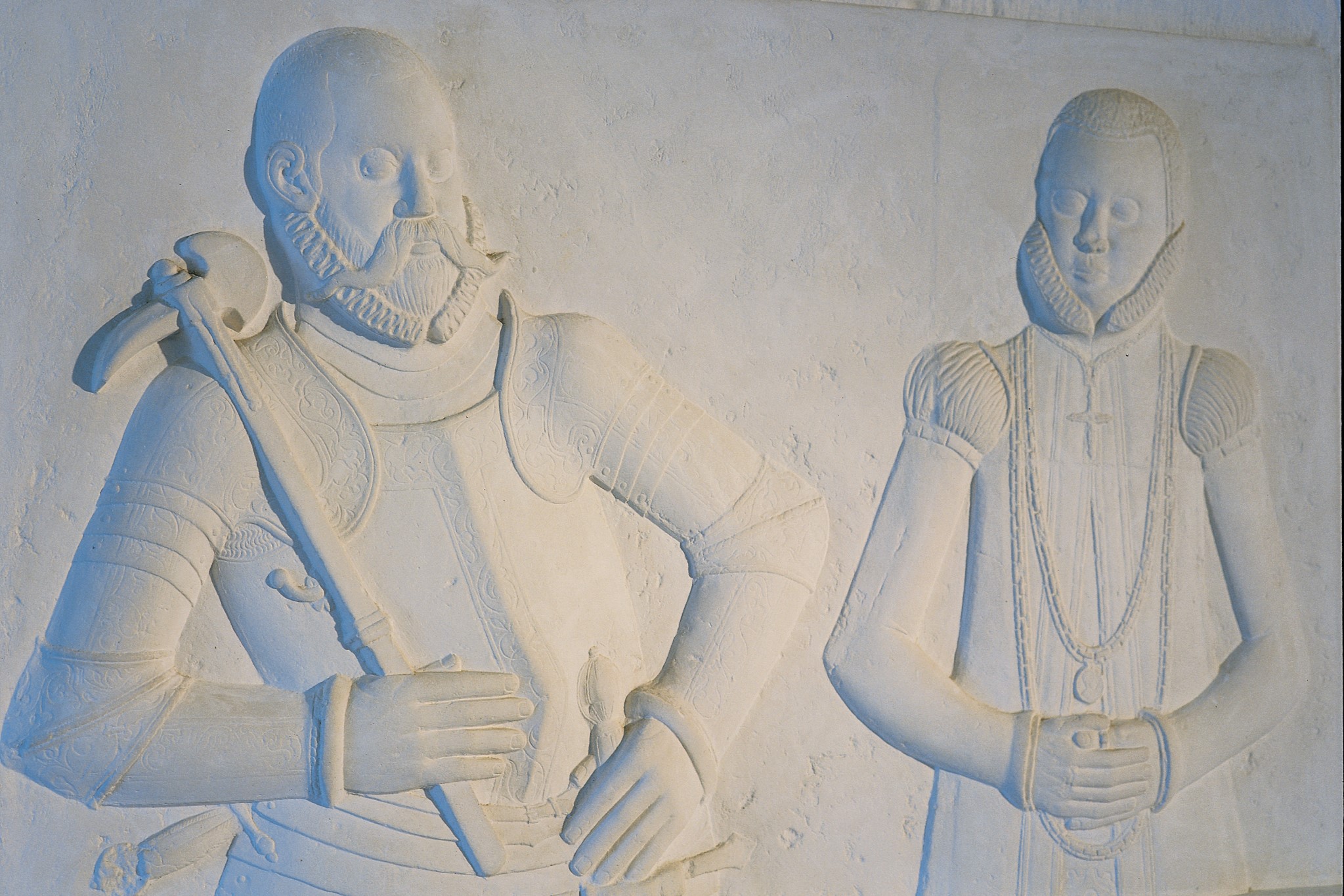 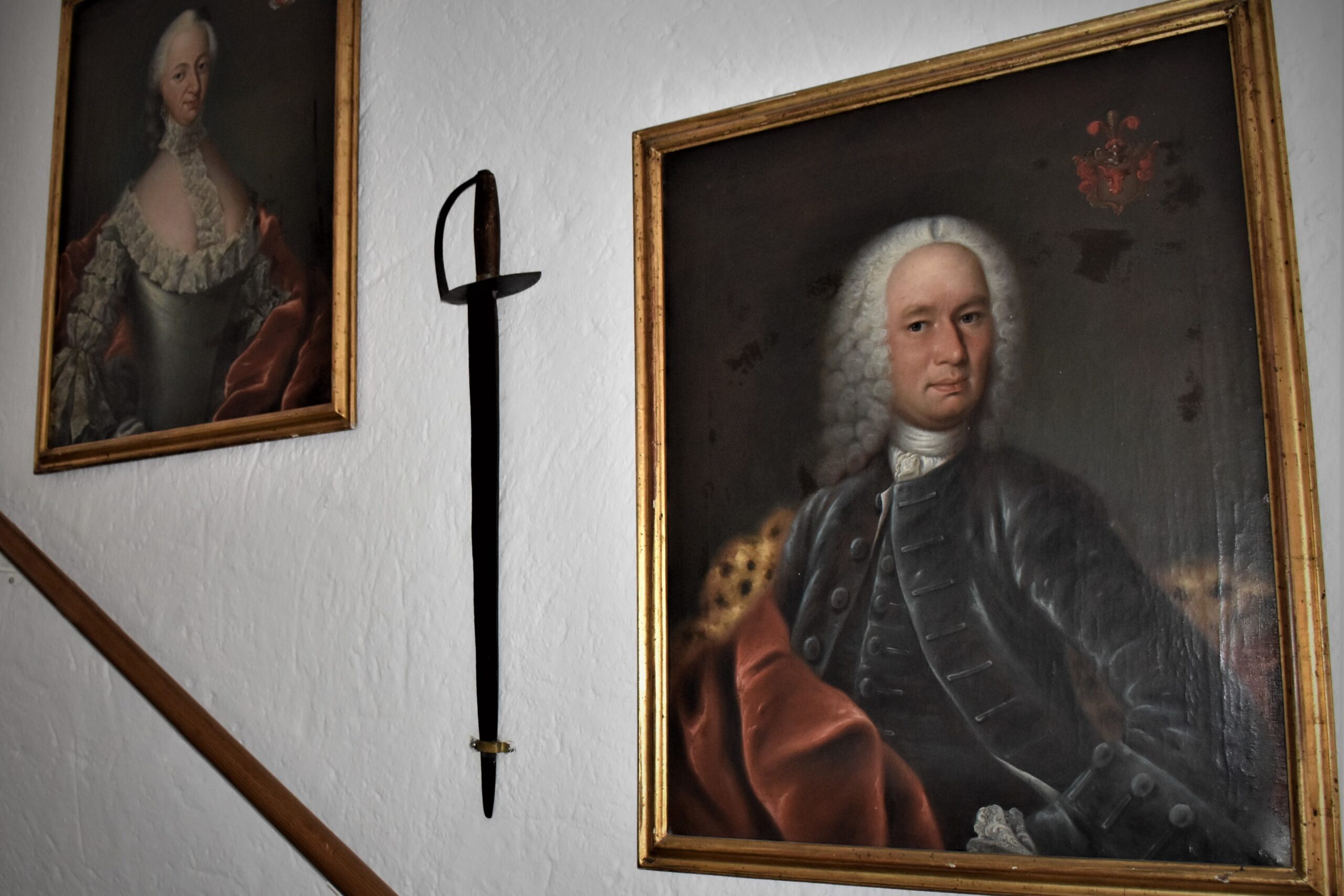 This little sword is a home-made peasants’ weapon used during the “Count’s Feud” (Danish Civil War). Try comparing it to some of the other sabres in the stairwell tower for an idea of what the peasants were up against …