When you visit the Hunting Room, you are actually stepping into the former reception room. It is here that visitors have been officially welcomed to the castle over the years. It was also the room that Count Gregers Ahlefeldt-Laurvig-Bille (1905–85) used as a study and it has remained largely unchanged from that time. The walls are decorated with ethnographic items and hunting trophies, brought home from his numerous trips to Africa, India and other exotic destinations.

The room clearly reflects Count Gregers’ passion for hunting and adventure. Every item in the Hunting Room has a fascinating history that is sure to make both children and adults dream of travelling the world and experiencing different countries and cultures. 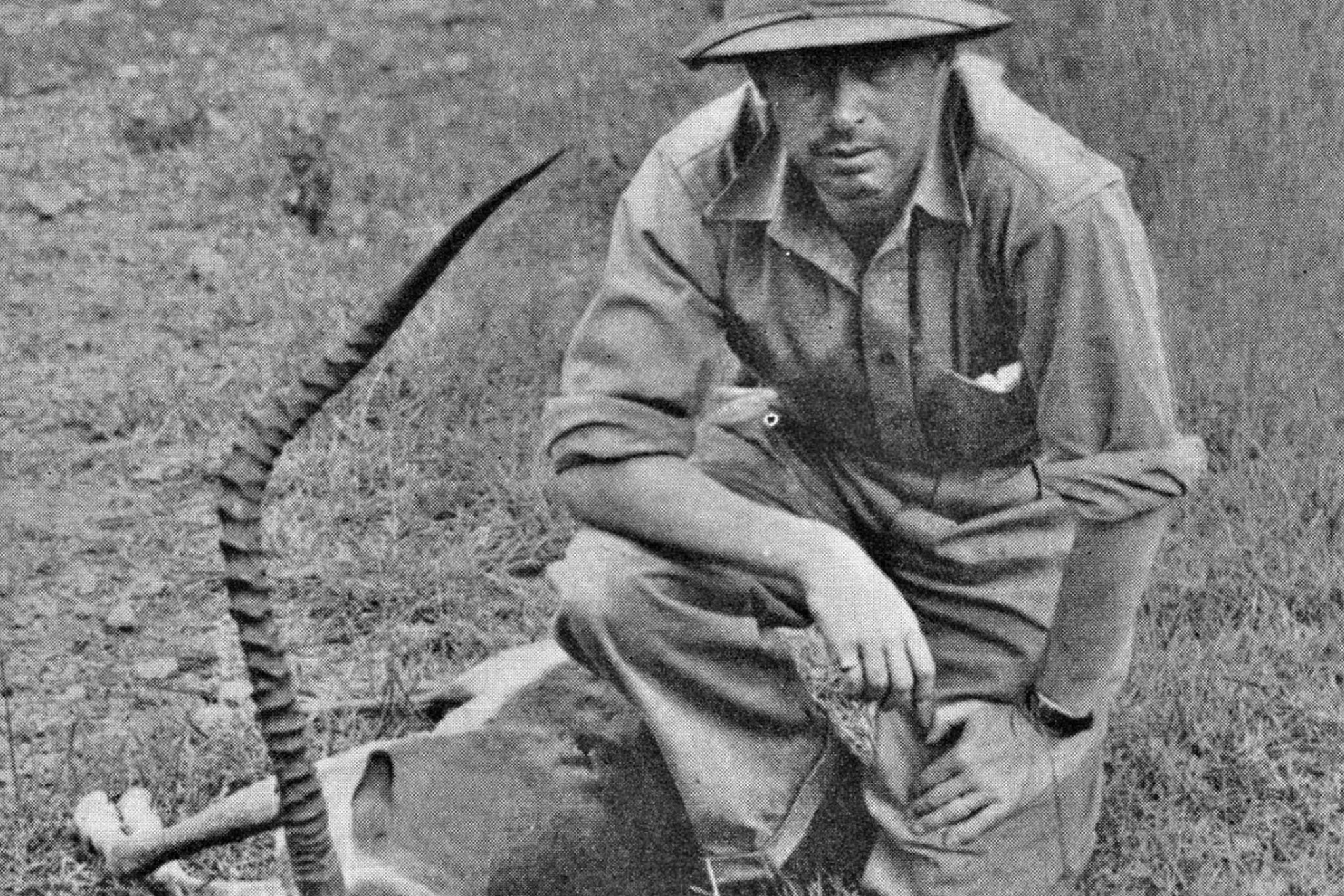 Count Gregers’ great love of hunting resulted in his being awarded the titles of senior game consultant and chairman of the Hunting Council. He had a major influence on the laws that Danish hunters are obliged to comply with to this day. 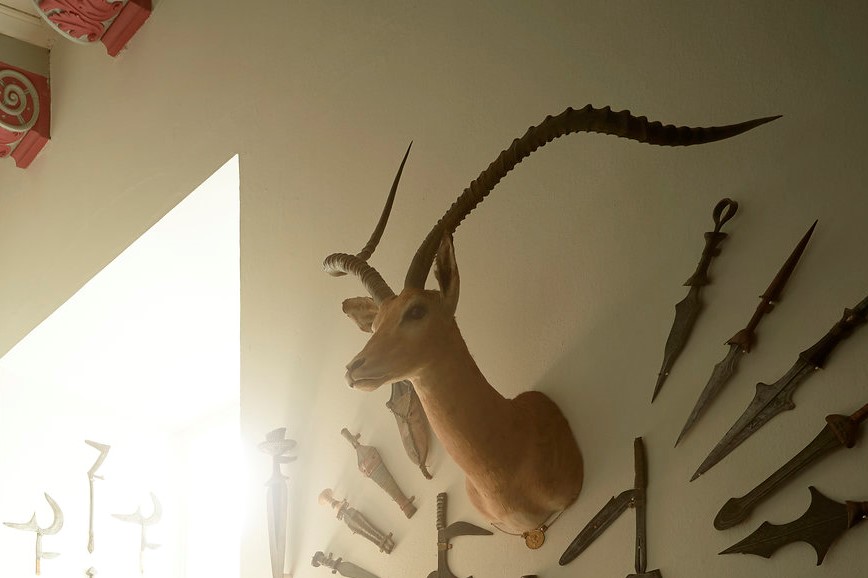 The impala’s 90-cm-long horns won the count a gold medal and a mention in the Guinness Book of World Records on account of their extraordinary length. It is a record that has still not been beaten. 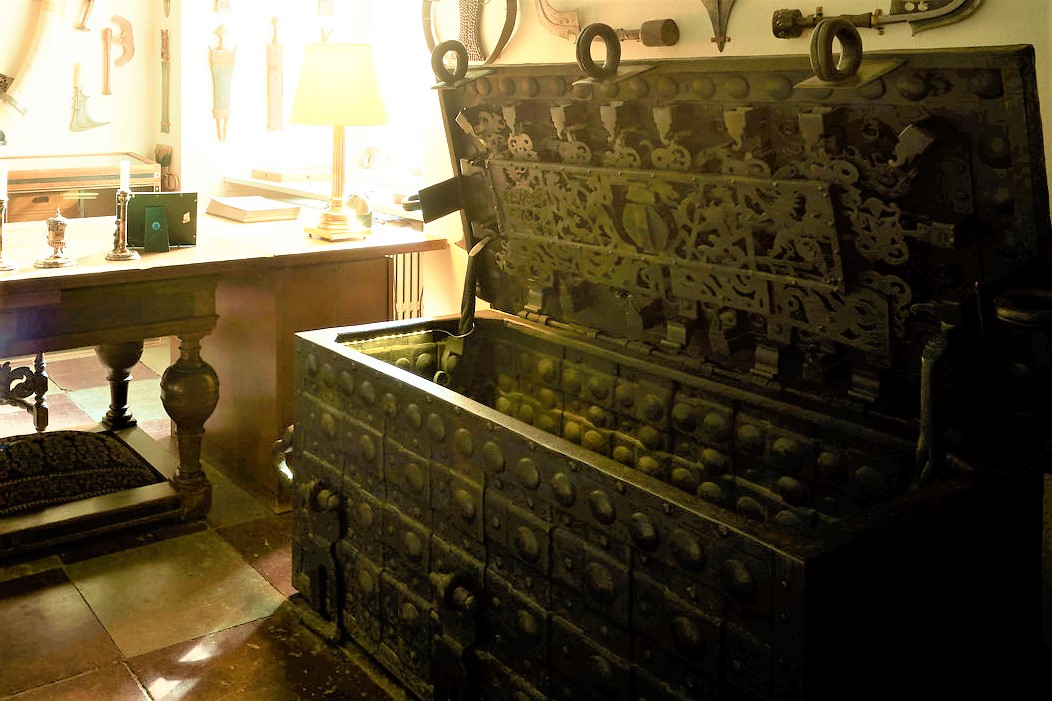 The strongbox here is Egeskov’s old safe for storing valuables. Pay particular attention to the intricate locking mechanism designed to frustrate thieves and robbers. Despite its impressive size, it was common for the owners to take this strongbox with them on their travels. 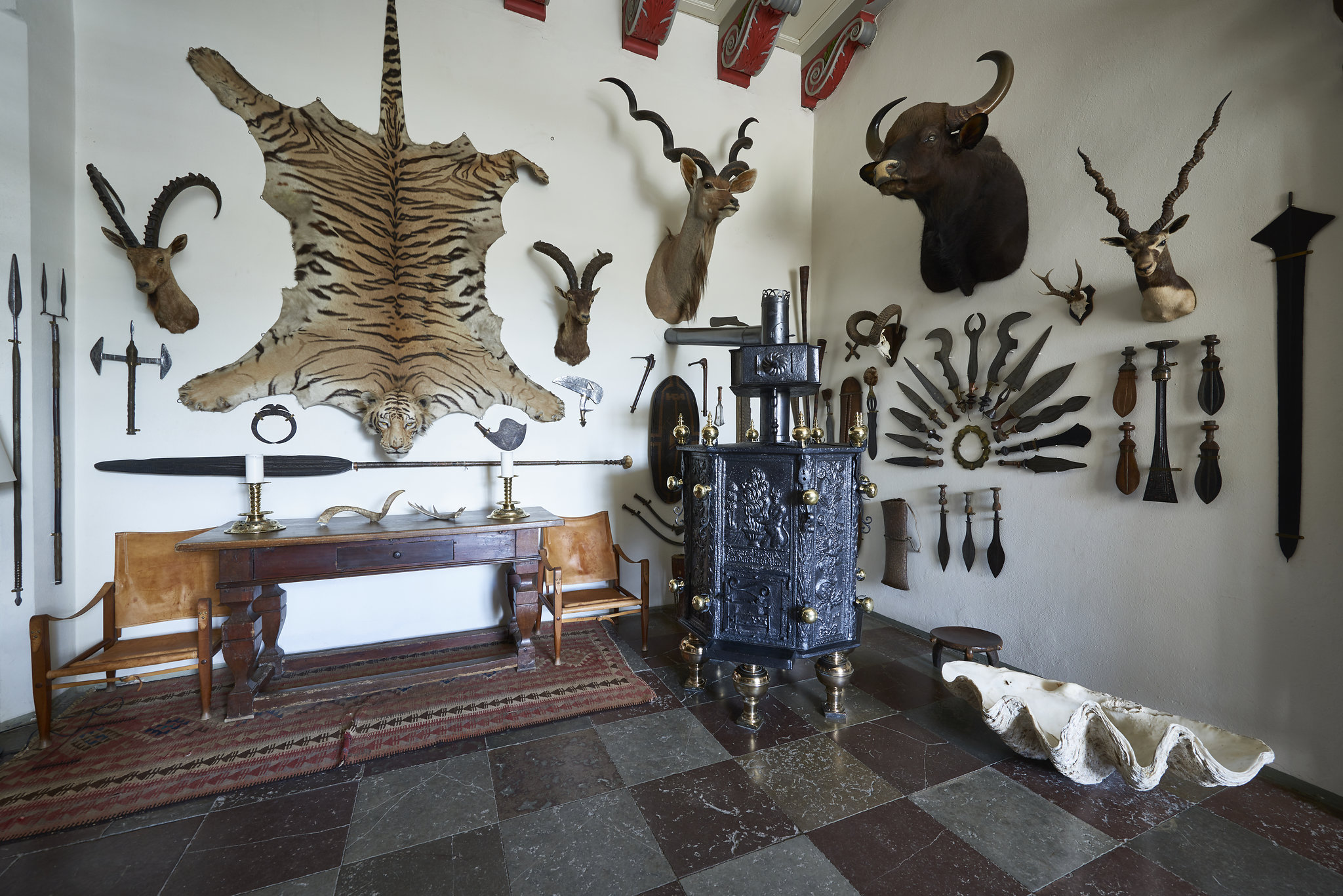 The magnificent stoves in the Hunting Room are made of cast iron by the Kongsberg factory in Norway, and date back to 1693. It is believed that only ten stoves of this kind were ever made – and three of them are to be found at Egeskov. 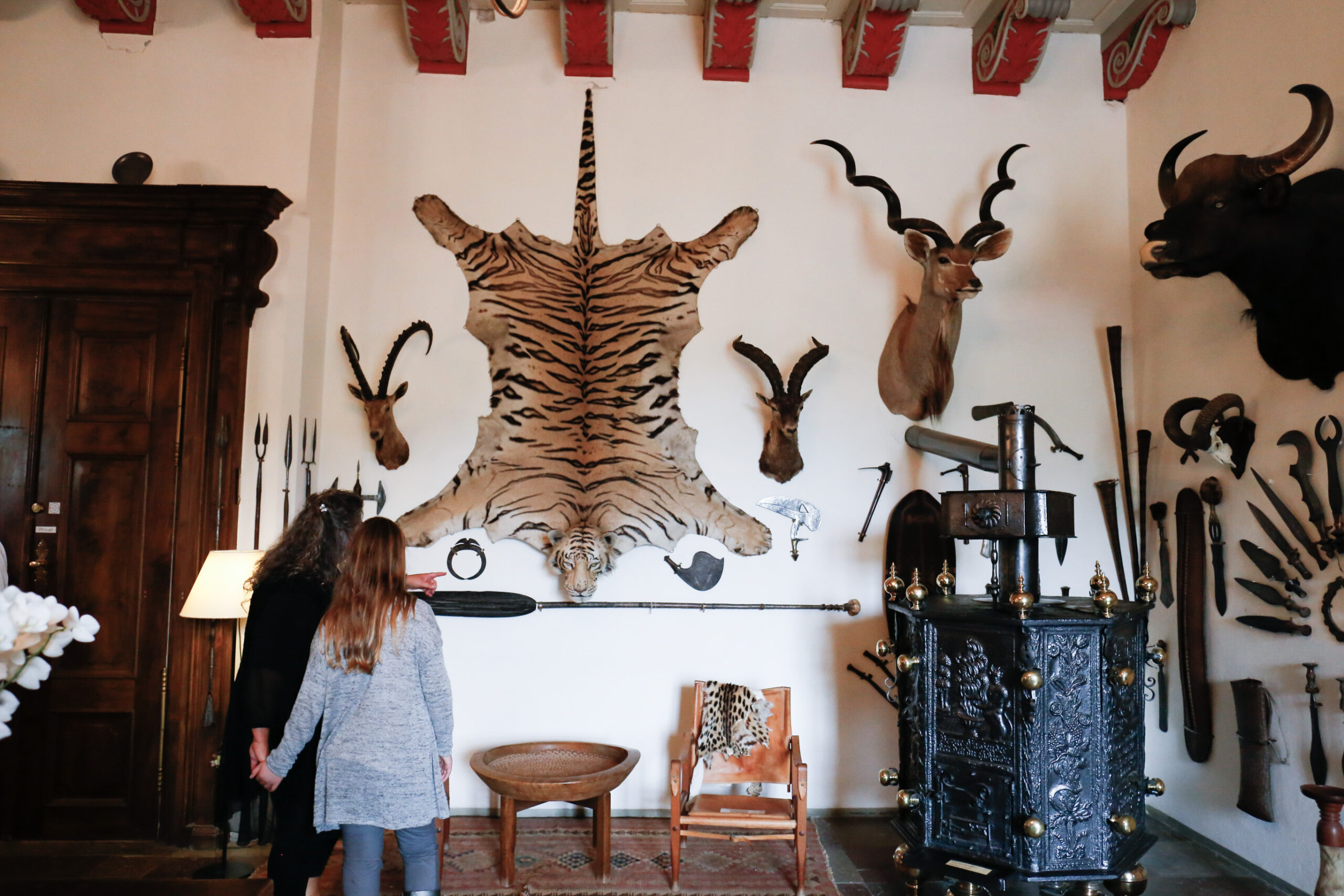 The large tiger skin proudly displayed on the wall here is from the animal that Count Gregers was granted the right to bring down during a trip to India, as thanks for allowing an Indian Maharajah to come to Egeskov to hunt deer. 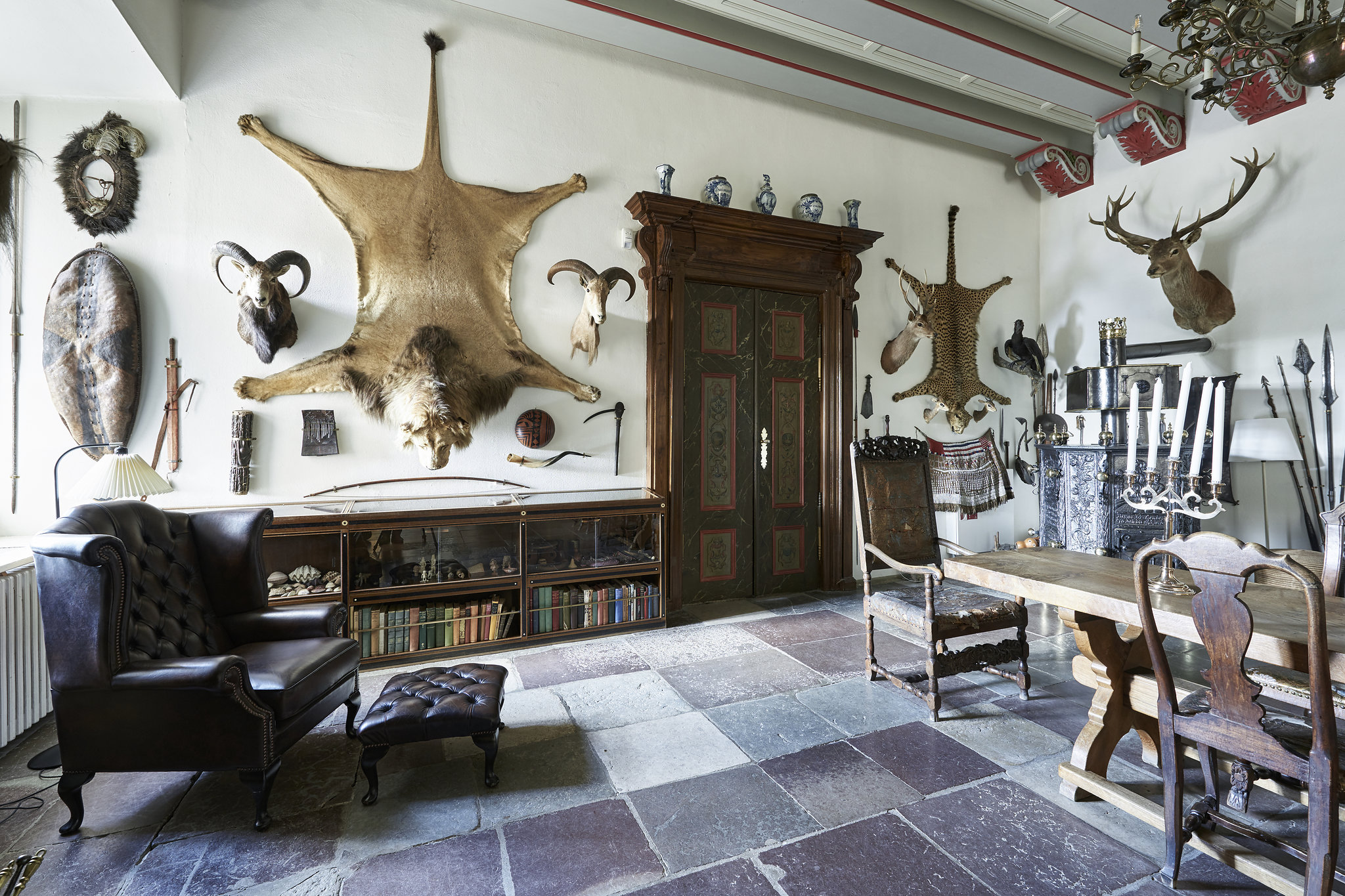 The chair positioned by the long table, with its back to The Yellow Room, has been at Egeskov since 1603. Several generations of Egeskov owners have sat here during various celebrations and festivities – including, of course, the current owner of the castle: Count Michael. 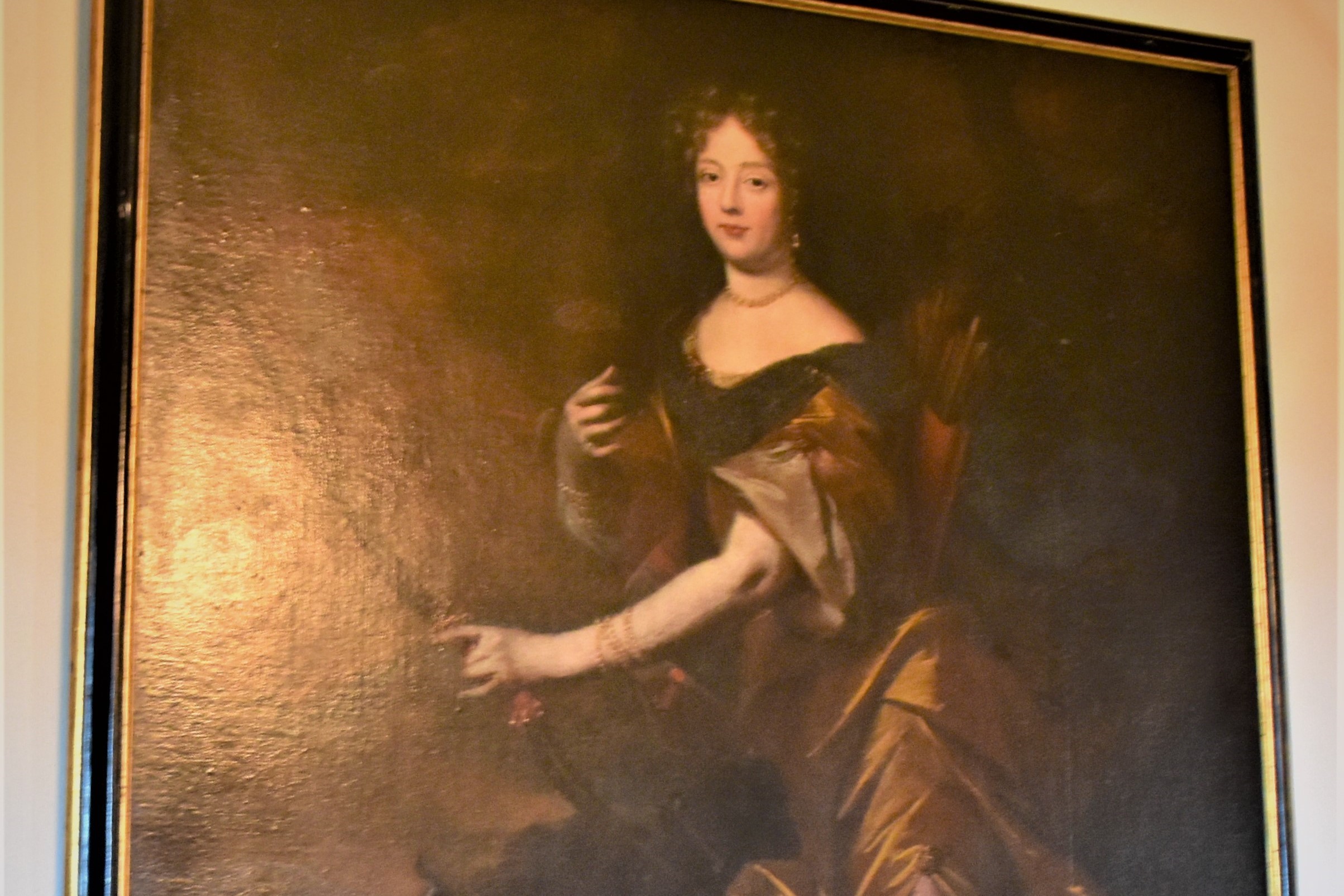 DIANA GODDESS OF THE HUNT +

On the wall above the sofa hangs a painting of Diana, Goddess of the Hunt. As we have mentioned, Count Gregers was a passionate hunter, so it was only natural for him to have a painting of this goddess in his study. 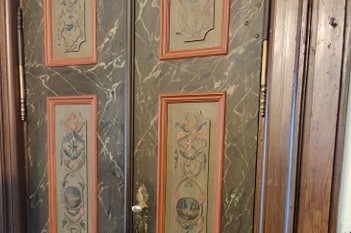 ENTRANCE TO THE YELLOW ROOM +

The door from the Hunting Room to the Yellow Room is painted and marbled. Decorated with many different figures, it is one of the best-preserved doors in Egeskov.