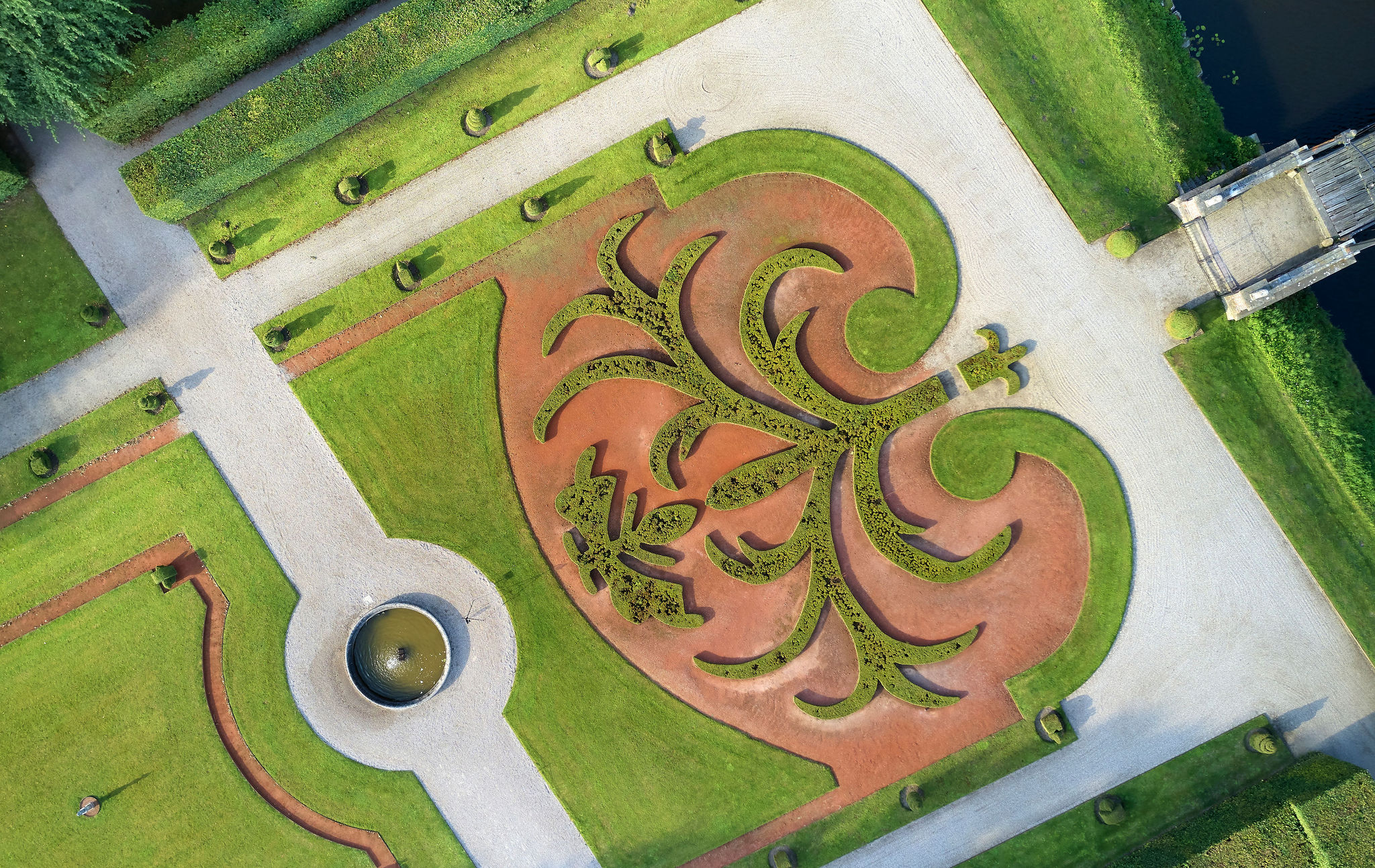 Throughout the year, the gardeners have a large number of tasks to perform in the park and gardens. The following is a small selection of those activities.

January
Pruning of bushes and trees.
Removal of suckers from all trees.
Felling of large trees.
Clipping and trimming hedges.
Pruning and thinning out of fruit bushes.

March
Recondition lawns, removing fallen branches and leaves.
Planting of new hedges and bushes.
Paths and tracks topped up with gravel and sprayed for weeds.
Cleaning and clipping of mazes.

May
Cleaning up of flower beds.
Spring bulbs and flowers lifted.
Summer flowers planted out around 20th.
In the kitchen garden, planting out of hardy plants.
Planting up in the fuchsia garden.
Tub plants put out.

June
Lawnmowing, lawn edges cut.
Cleaning up of flower beds.
Planting out of dahlias.
Planting up of scent and herb garden.
Final planting of kitchen garden.
Hedge-clipping starting with lime avenue around 15th.

October
Gardens closed to the public.
Fuchsias lifted, potted and put in the greenhouse.
Tubs moved to greenhouse.
Flower beds tidied up and prepared for bulb planting.
Planting of new hedges, roses and bushes.